We are all Aquaman

Ignore Aquaman’s super strength, his swimming speed, his seafood powers, and all that other jazz we proclaim to convince ourselves that Aquaman is cool.  We already know he’s cool – because we’re fans – and you won’t convince anyone new that Aquaman isn’t lame with lists of the top ten mermaids Aquaman has banged.  It won’t work.  Don’t waste your energy.  You’ve seen Internet comments before; people won’t change their minds about actual potentially catastrophic life-altering arguments even when faced with the most glaring of facts, much less a comic superhero who swims fast.  To them, Aquaman will always be this insane caricature from the TV shows: 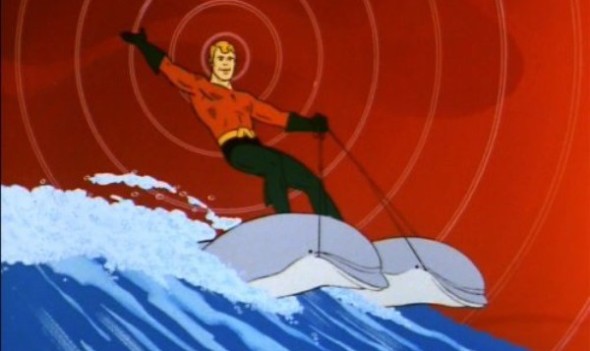 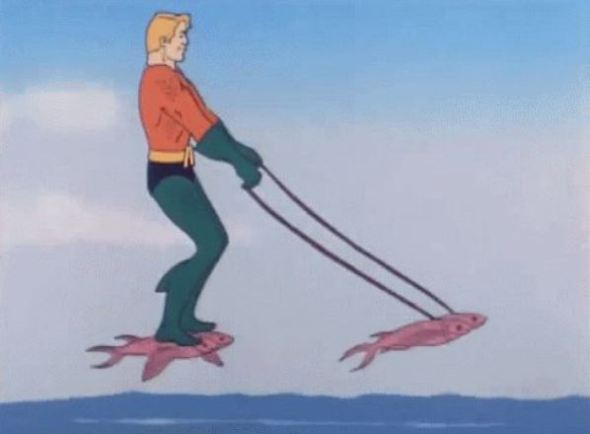 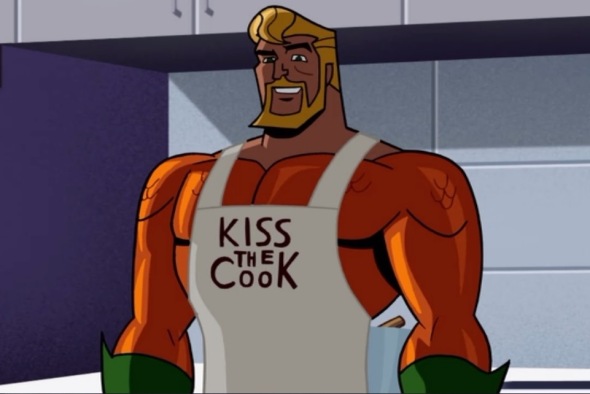 Direct your energies instead to embrace Aquaman as your spirit animal, that fictional character that you can relate to when you’re working overtime on the weekend in your miserable little cubicle.  Like Aquaman, you’re unappreciated.  Like Aquaman, you’re not respected.  Like Aquaman, people will love you and mermaids will bang you just as soon as people could just see what you’re capable of! Did you imagine me yelling this at you while poking you with my index finger?  Read it again that way, please.  Because to the 99.9% of the world that aren’t hardcore comic book fans, Aquaman will always be a joke.  But y’see, so are we.

We’re grown men (and women) in our teens (though most likely late 20s) who read violent picture books instead of real novels specifically targeted towards adults.  Try explaining your interest in comic books to your grandfather.  He fought in World War II, and he sure as hell isn’t going to listen to your diatribe about why Man of Steel wasn’t true to Superman’s persona.  But here’s the point about being a joke: no matter what other people think of you (and trust me, they’re judging you – try bringing up Batman on a first date), those people aren’t going to stop you from living your life.  Just like my boy Aquaman.  Remember how DC actually had normal people make fun of Aquaman to his face in Aquaman #1, written by Geoff Johns and drawn by Ivan Reis?  That’s how far Aquaman’s reputation had sunk (pun totally indented). 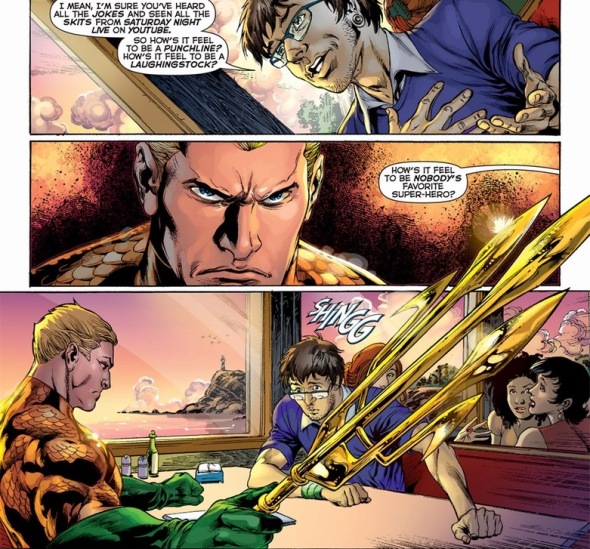 Regardless of the number of times citizens (in real life or the DC universe) condescend him, Aquaman still climbs out his clam bed, attaches his hook hand, and goes off to punch whalers every single day of his fictional life – because that’s how life works.  Go to the comic book shop on weekends and hang around other people who also really should cut off their ponytails, because while I’m totally pepping you up to pursue your passions, all my inspirational words (I’m still pointing my finger and yelling) also apply to your career – that thing you go to half the time you’re awake.

You still schlep to work every day even though you sweat through your shirts each day going boring work for no recognition.  If only the higher ups would give you a chance or customers wouldn’t yell at you or a mermaid could give you an uncomfortably long hug because you’ve realized you might have a mermaid fetish.  Maybe it’ll happen one day or maybe it won’t, but you’re still going to work.  Not going to work isn’t an option.  And Aquaman?  In the past few years, the character has made it known he’s well aware of the jokes/taunts made about him – but someone still has to fight nuclear submarines with tridents regardless of whether anyone will appreciate Aquaman for his actions or not.

When your day descends into the miserable abyss of mind-numbing menial labor, take a moment to reflect fondly on your friend Aquaman.  Hang a picture of him on your refrigerator or keep a tiny picture of him in your wallet – use that photo where he slouches on his throne as if his team just lost the Super Bowl.  This one from Aquaman #18, written by Geoff Johns and drawn by Paul Pelletier:

Don’t worry, the symbolism overshadows the brooding, sexual undertones.  Remind yourself over and over again – just as Aquaman must do every time he uses a shark to ram an oil rig – that you’re making a difference.  Even a small difference.  Even if your small difference is for an evil corporation who wouldn’t lose a second of sleep to throw your expendable butt on the pitiless streets.  Never forget: our lives aren’t weighed by our contribution to society, but our contribution to anything.  Begin that slow process to believe that you’re useful.  Talented.  Good at something – especially if that something is mermaid banging.

Your friends, co-workers, bosses, family, the entire country you live in may never treat you the way you deserve to be treated.  But you’re still going to get up and live your life, right?  You’ll still believe in yourself and what you do.  Because honestly?  It’s better than giving up to complacency, even if you skate that thin line between self-esteem and openly lying to yourself.  Just like Aquaman – a man fearlessly attempting to be a superhero in a world that never stops mocking him for attempting to be a superhero.  The next time you’re a flash away from crumpling in a ball of spiritual depression as you consider your place in this world, ask yourself what Aquaman would do – because he sure as hell wouldn’t give up.  Aquaman’ll be your fishy Jesus from now on.  And at least consider the happiness the freedom a less-than-stellar reputation can provide.  Like in Wednesday Comics #6-7, written by Jimmy Palmiotti and drawn by Amanda Conner.  You can click the picture for a larger version. 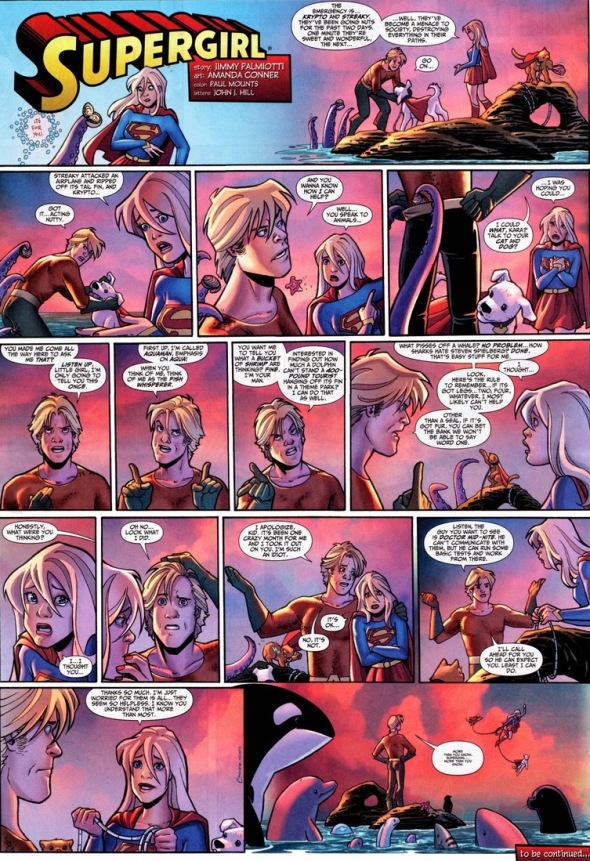 5 Comments on “We are all Aquaman”