The immortal Ra’s al Ghul has lived for centuries, yet not once has he achieved his goal of destroying humanity.  How disappointing.  So when a business just ain’t profiting, time to bring in a consultant.

We follow the adventures of Batman and his two of his dearest supervillains in Batman: Legends of the Dark Knight #142-145, written by Chuck Dixon and drawn by Jim Aparo.

Did you guess that not everything’s as it seems?  It’s because you’re intuitive.  Meet Talia al Ghul, her father’s sidekick and the mother of Batman’s son and current Robin.  Trust me, Damian Wayne didn’t turn out how she expected.  Of course, when supervillains team up, things always start so pleasantly. I mean, as pleasant as interactions with the Joker gets. 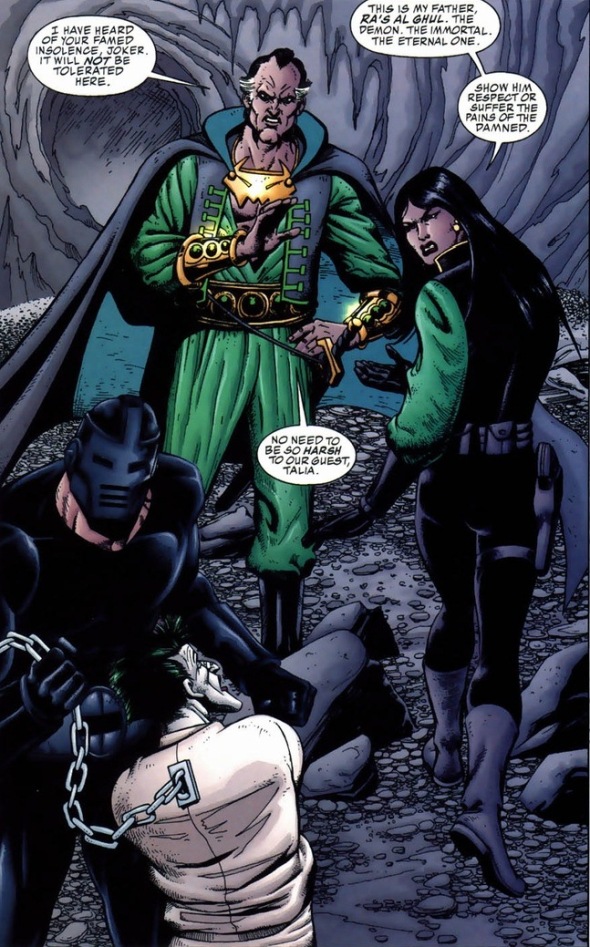 It’s nice to see Ra’s still making friends, even in his late 600s.  All his buddies tend to also be ninja assassins hiding in secret lairs in exotic locations around the world.  And the detective?  Totally already figured out what’s going on.  Because he’s the detective.

Enough teasing the readers.  What’s the big plan?  Why did Ra’s pick Joker?  Also, did you know that Joker’s spontaneity and lack of stuff like plans or strategies actually make him a super military genius?

Yes.  Ra’s hired Joker for his science skills.  Well, that and one more desirable trait:

Before we get on with more psychopathic science talk, let’s check in with Batman.  I’m sure he’s handling this potential threat rationally, calmly, and with zero emotional trauma inflicted on any captured bad guys.

Once the plague has been completed, does Ra’s and Joker’s friendship sustain?  Oh, you’ve read enough comics to know.  You see, when superheroes work together, they get cool space stations and free cafeterias.  Supervillains work in swamps.  Plus, massive egos and a lack of morals will always result in betrayal.  That has to happen, because that’s what evil people do.

I need to give Dixon credit for the next part.  Y’see, Batman doesn’t kill the bad guys and will even go out of his way to ensure their safety, but if a bad guy dies around him, he’s not exactly losing sleep over it.  But writers can’t just kill off the Joker, right?  Well, turns out Dixon does two things at once: gives Batman a reason to resurrect the Joker and a way to do it at the same time.

Look, Batman knows Ra’s has the dangerous pandemic with him and only the Joker knows where he’s gone.  Fortunately, Ra’s owns these lovely Lazarus Pits that stomp out your wrinkles, restore your youthful spirit, and oh, revive the dead. 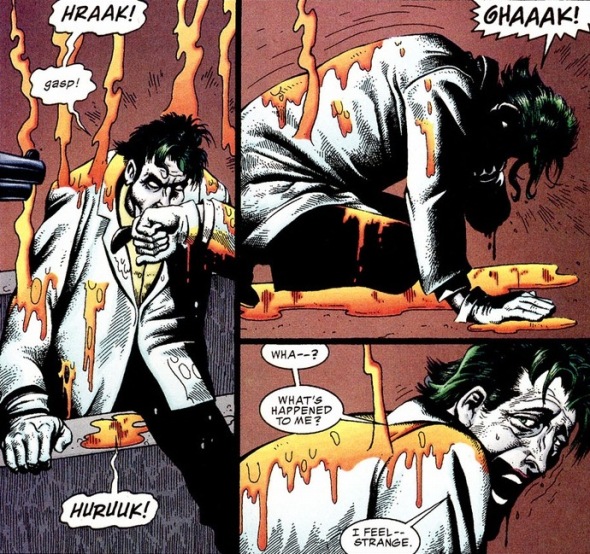 One little side effect of the Lazarus Pit.  As you emerge from the goo, you’re temporarily insane.  Or if you’re already insane, a few precious moments of sanity.

But I know why you’ve read this far.  You want a fight.  A sword fight. 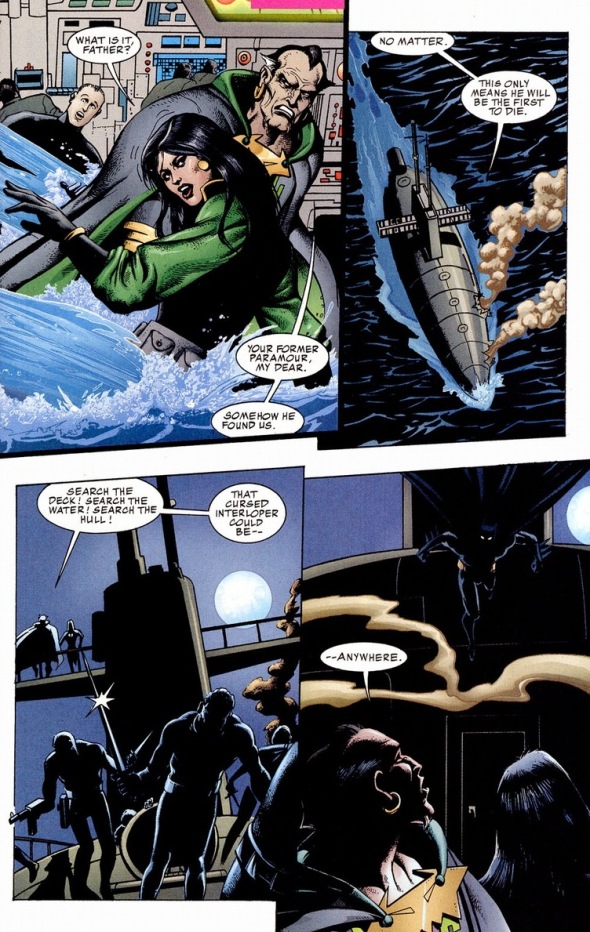 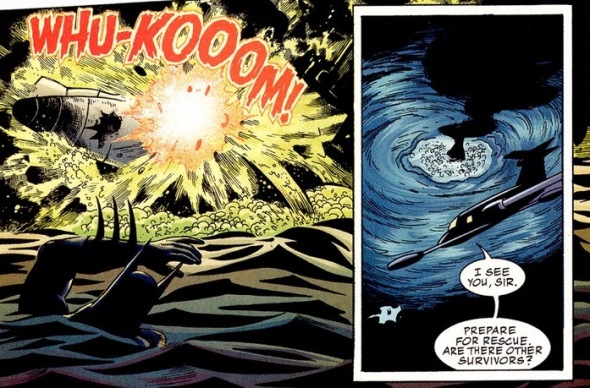 Despite his astronaut costume, the possibility that Joker knows who Alfred is remains a major threat. The dude’s insane, but even he can match a butler riding in a plane to which playboy billionaire he serves.  Most likely explanation: Joker doesn’t care.  Though he’s not totally apathetic.  Especially after one tiny, little detail he forgot.

One Comment on “Batman vs. Joker vs. Ra’s al Ghul”