The two have more in common than you think.  They’re both way older than the other superheroes, they’ve both committed numerous atrocities while mind-controlled, they both have fantastic manes of body hair, and they both love to get drunk.  Yes, they’re quite good friends.

Of course, a night spent relaxing can never be completed.  That’s part of the superhero curse.  We jump into select scenes from the miniseries Wolverine/Hercules: Myths, Monsters, & Mutants #1-4, written by Frank Tieri and drawn by Juan Roman & Cano Santacruz.

In a spectacular case of good timing, one of Wolverine’s enemies has teamed up with one of Hercules’ enemies right as the two buddies are hanging out together:

We have a ninja commander that Wolverine chops body parts off occasionally, and this:

An undead head with poor vision carried by a talking minotaur.  The Marvel universe is a crazy place. Unfortunately, our protagonists’ buzz gets cut short as they get attacked by a platoon of ninjas.  If I had a nickel for every time that happened.

Together, the two of them traverse the world (actually, I think more like a city block) and go on all sorts of adventures in search of their pursuers.  After all, hard to enjoy mead when ninja carcasses are being tossed around the bar.

Over the course of the miniseries, they tackle minotaurs and lions:

They barge into zombie saloons:

Among other locations.  You see where Hercules decapitates a zombie with the arm of another zombie?  Awesome.  Lots of wonderful places hiding in New York City.  In between fighting hordes of magical creatures, they even have time to discuss American cinema:

A good time had by all!  Eventually, the story splits into two battles, as each character brawls with their respective supervillain.  First up, that adorable Canadian hedgehog.

So being a good one fifty to two hundred years-old, our little buddy has had a lot of lovers.  Arguably, one of the most meaningful of his past loves was a young Japanese woman named Mariko Yashida, whose untimely demise was orchestrated by this guy:

You have to admire the samurais and ninjas who confidently clash with Wolverine.  Not only does Logan possess the same same fighting skills they do, but he also has superhuman speed, strength, and is pretty much unkillable with his healing factor.  Still, if they stopped trying, it’d leave a large hole in potential Wolverine stories. 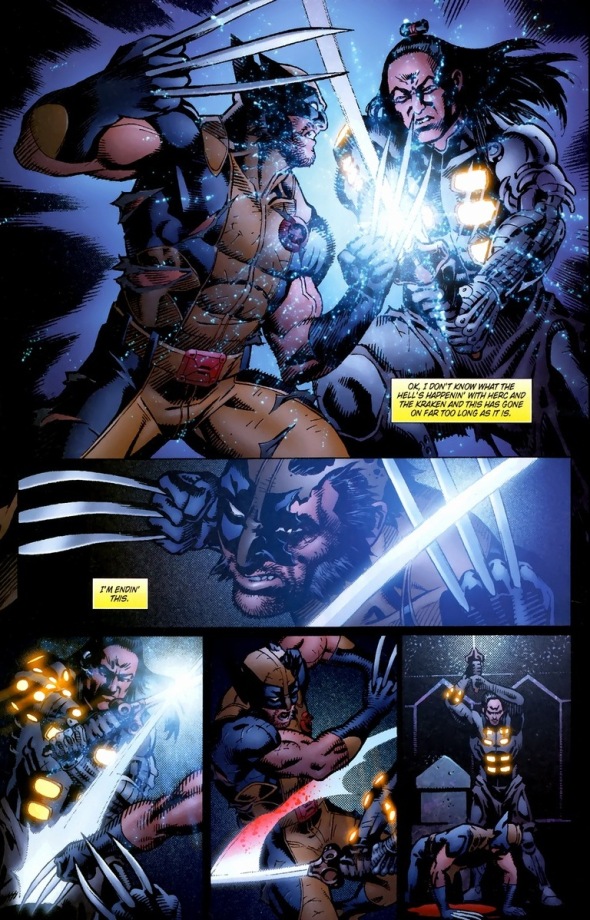 The Prince of Power has a slightly tougher challenge ahead than a cybernetic swordsman. 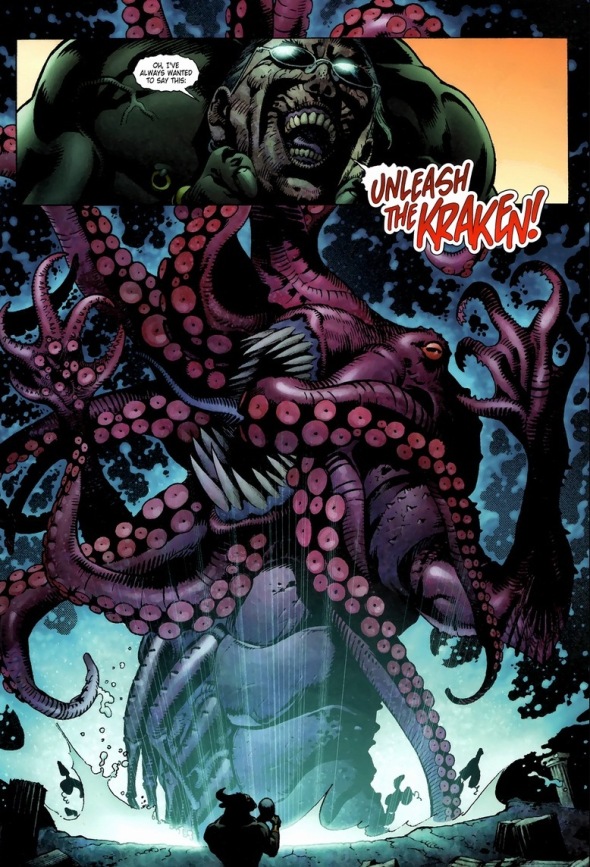 As usual, Hercules battles his opponent with the same amount of meticulous planning and brilliant strategizing he normally does. 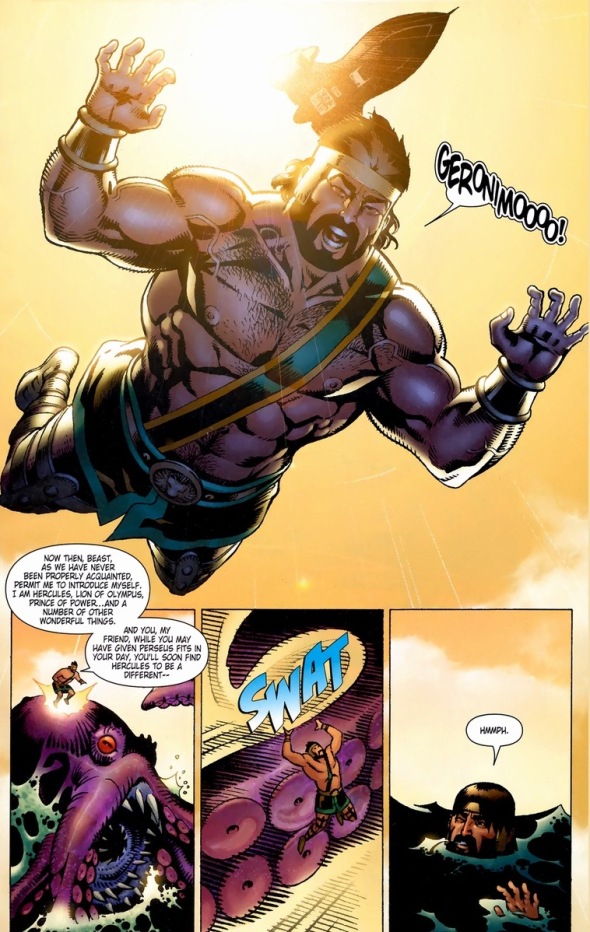 To be fair, Hercules is strong.  Fifty times stronger than Wolverine, ten times stronger than Spider-Man, and he could easily give the Thing a run for the arm-wrestling championship.  But Hercules really only has his strength.  No Olympian fireballs or Greek shapeshifting or whatever.  So his problem-solving options are limited.

Luckily, Wolverine shows up with a better plan.  A cinematic plan.

Y’know, like the Clash of the Titans movie.  Recurring theme.  With the major threats expunged and the city saved, only one tiny head/minotaur problem to go.  How bad can it be? 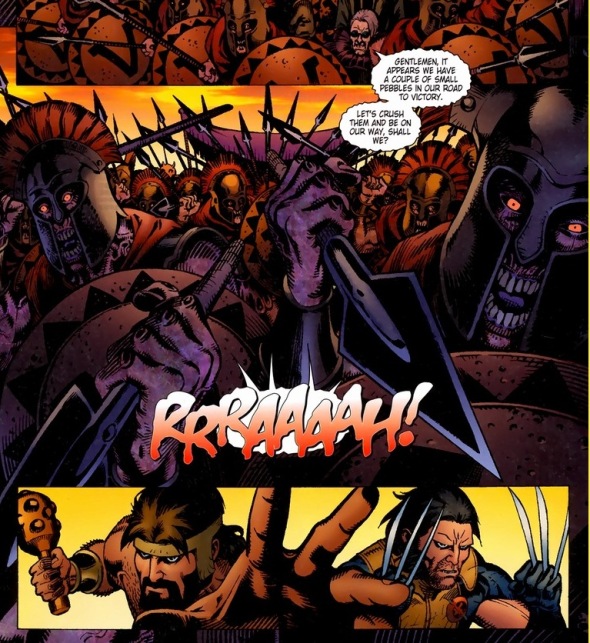 Oh well.  You can read the book for the rest.  By the way and on a related note, if you haven’t yet, go buy The Incredible Hercules series.  It’s everything that makes comics beloved and fantastic.  Treat yourself this holiday season.  You deserve it.