To quickly transition between whimsy pranks to city-destroying demons pretty much describes how comics operate.  The superhero stakes rise exponentially every five pages or so.  And we shouldn’t be surprised or upset — our hero Green Arrow saves the world through archery and doesn’t own clothes with sleeves.  As we get to the second act of our story today (and there’ll be a third act on Monday as I figure you guys have more stuff to do today than skim through thirty plus images), Star City must rely on one man to save them from the law-abiding killing machines.

You break the law, you get machete’d.  Steal some food?  Machete’d.  Punch a child?  Machete’d.  Think of punching a child?  Not machete’d — they aren’t psychic.  I know you get concerned during events like these.  Where’s all of Green Arrow’s friends?  Aren’t they flying their invisible planes to the city where a giant blue bubble just popped up?

See?  They tried.  Suspend your disbelief once again.  Unfortunately, without all those cool fighter jets and bazookas that normally incinerate demons, Star City citizens’ll have to rely on the medieval way of exorcisms. 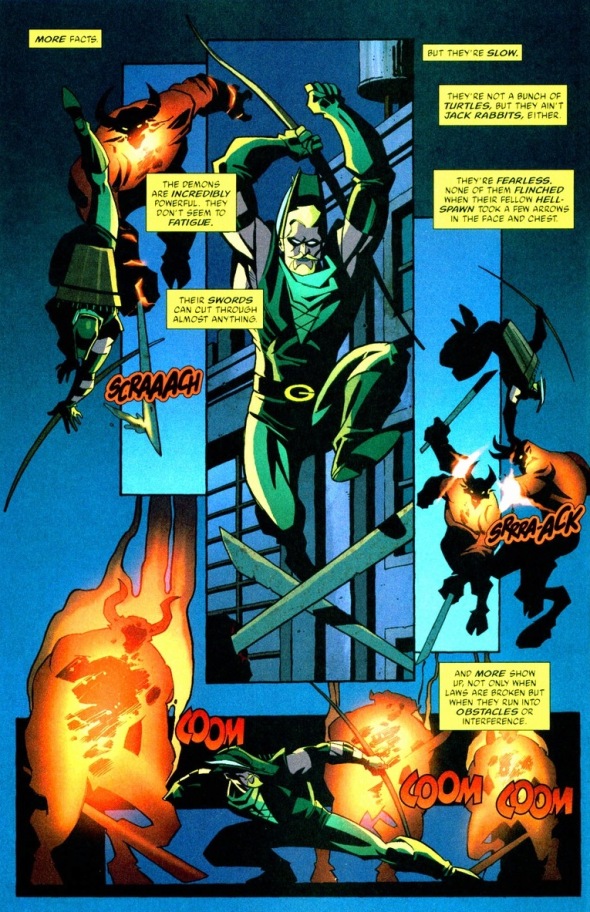 The Arrow Balloon truly sends a terrifying message to would-be evildoers.  I know the Arrow Car isn’t working under demon martial law, and I agree that the Arrow Balloon remains far more effective against the flightless demons than the Arrow Hang Glider or something.  But this may be the first time that superheroes have ever arrow barraged a squadron of hell monsters from their personal hot air balloon.  Considering how many times the SHIELD billion dollar helicarrier explodes, it may save tons of money to invest in some balloons of their own.

Now, to figure out who summoned these demons, they only have one lead.  An unfortunate one.  But to see how truly similar Green Arrow and Batman are, the Riddler interrogation should tell you everything you need. 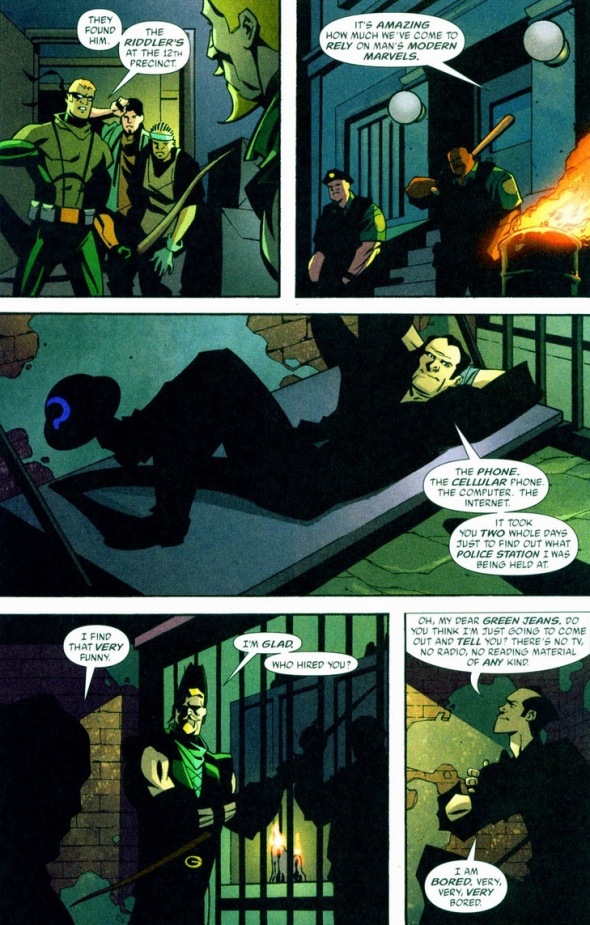 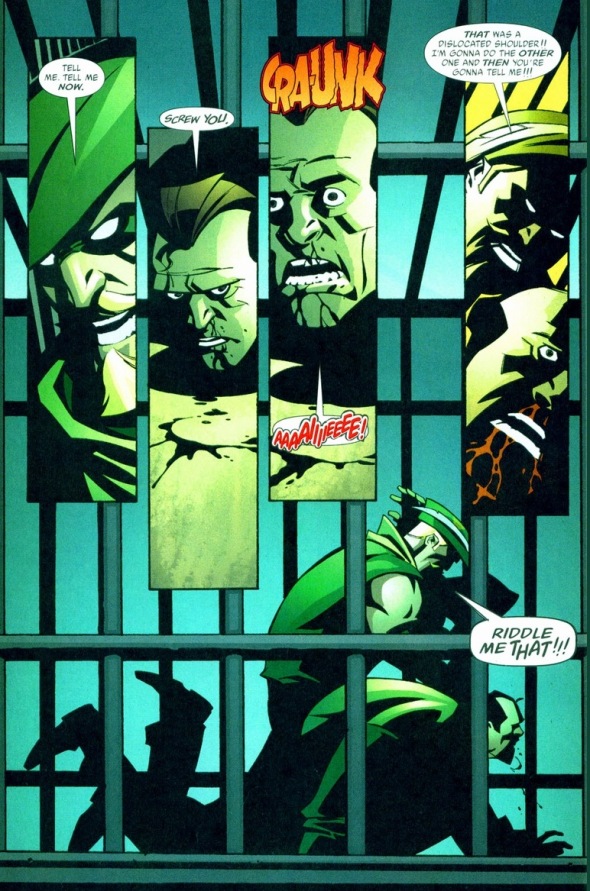 I love this, not just because Green Arrow’s wittier than Batman — his snark borders on a petty vindictive type of wit.  But I think that’s why he wears his goofy costume — it’s a psychological underestimation?  I mean, Queen wears the same hat as Peter Pan.  And Riddler totally deserves a few of his bones moved around.  He should know how superheroes act when innocent lives are helplessly lost.  Good guys make poor losers.

Y’see, when some multimillionaires have their family murdered, they go train with ninjas for a decade before coming back and grappling around the city as a bat.  Others call forth ancient rituals to summon hordes of monsters to kill anyone who tries to shoplift Doritos.  Different strokes for different folks.  At least now that the two Green Arrows know who’s behind this whole fiasco, it’s a simple matter to arrive at the man’s mansion and take out the conduit.  Piece of cake. 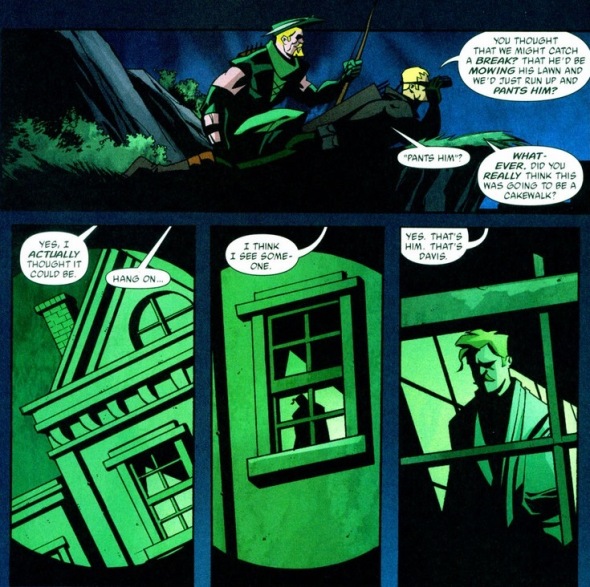 War on Monday as the Star City army battles the demon force!  Spoiler alert: a lot of machete’ing.