Vin Gonzales and the Goblin Cult

I bring this story to your attention mainly because the next big Superior Spider-Man arc’ll deal with his war against Green Goblin which has been building up since the series began.  Our dear cop and former Spider-Man roommate Vin Gonzales counts among Green Goblin’s ranks and I figure if he’s going to show up again (no guarantee, but good chance), we should all take a look at why.

In Amazing Spider-Man #587, written by Marc Guggenheim and drawn by John Romita Jr., our hero policeman gets arrested.  For a crime he actually committed. 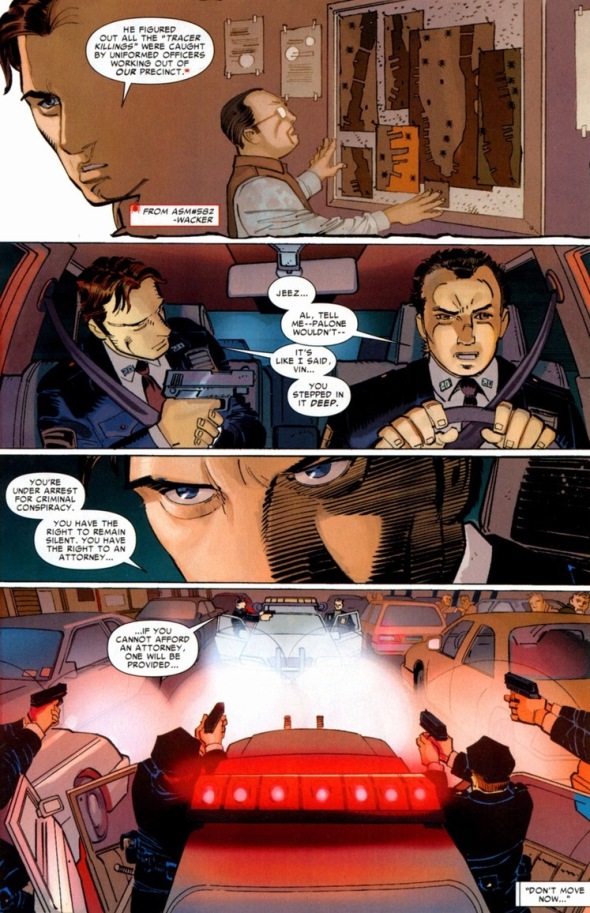 Notice all that shenanigans involving the “tracer killings” and conspiracy and other complicated words? Y’see, when the police would investigate murder scenes in their fair city, the bodies would consistently contain a spider-tracer (the GPS device Spider-Man uses to track bad guys) on them. Well, turns out some of the officers who had a bit of loathing in their heart for the dear web-slinger planted them on the dead dudes they came across.  Some officers like Vin Gonzales.  He explains himself in Amazing Spider-Man Extra #3, written by Guggenheim and drawn by Fabrizio Fiorentino & Patrick Olliffe. 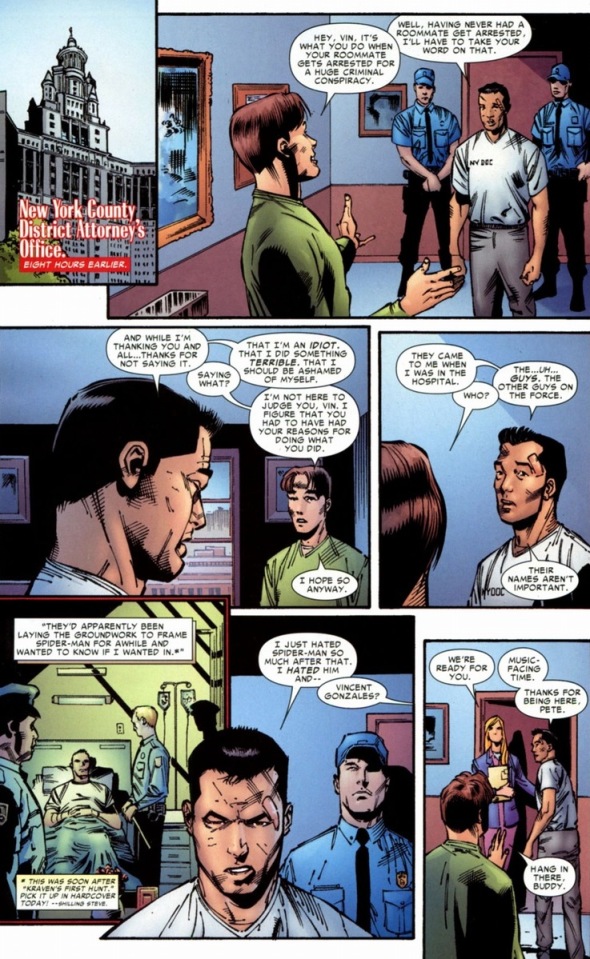 Remember yesterday’s article?  To throw suspicion off, Spider-Man lies that he uses Gonzales as a decoy secret identity.  Because of that, Gonzales gets kidnapped and beaten by Ana Kravinoff.  Well, not because of that, but that’s what Gonzales believes and Spider-Man let him believe.

Gonzales goes to jail for six months.  You know how some inmates find religion in prison? In Amazing Spider-Man #647, written by Fred Van Lente & Zeb Wells and drawn by Max Fiumara & Michael Del Mundo, our supporting character returns to the pages of the comic he premiered in.  If you remember my previous article, that’s also the same issue Parker and Carlie Cooper become an official couple. The same Carlie Cooper that Gonzales used to totally crush on. 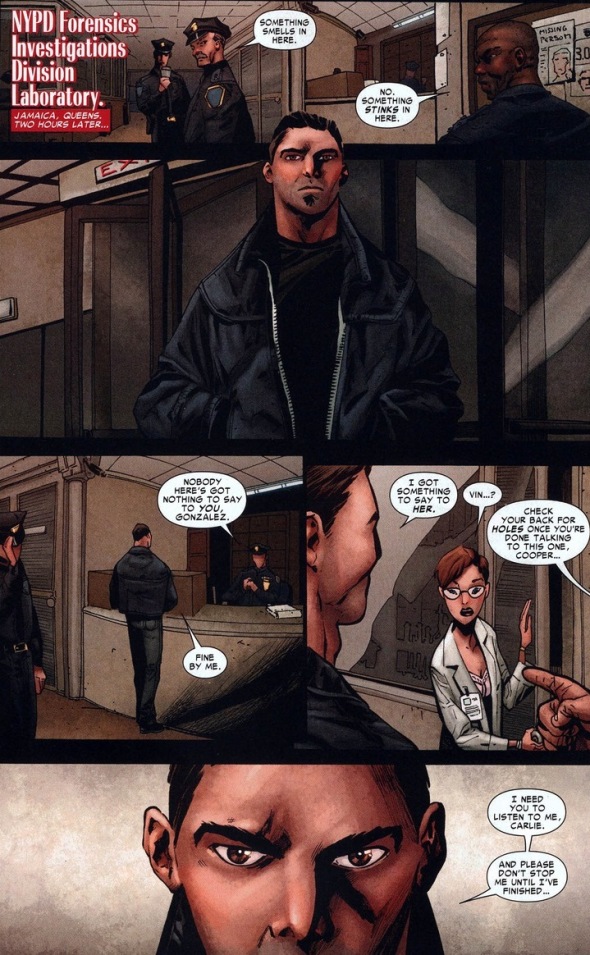 Unfortunately, he can only make apologies and not confessions of love.  Cooper’s into Parker now. And by the way, Parker also slept with Gonzales’ sister Michelle a few dozen issues back.  No wonder Gonzales hates Spider-Man.  During Harry Osborn’s farewell/Halloween party — he’s taking his newborn son and going underground to escape his father — Gonzales has a goodbye as well. 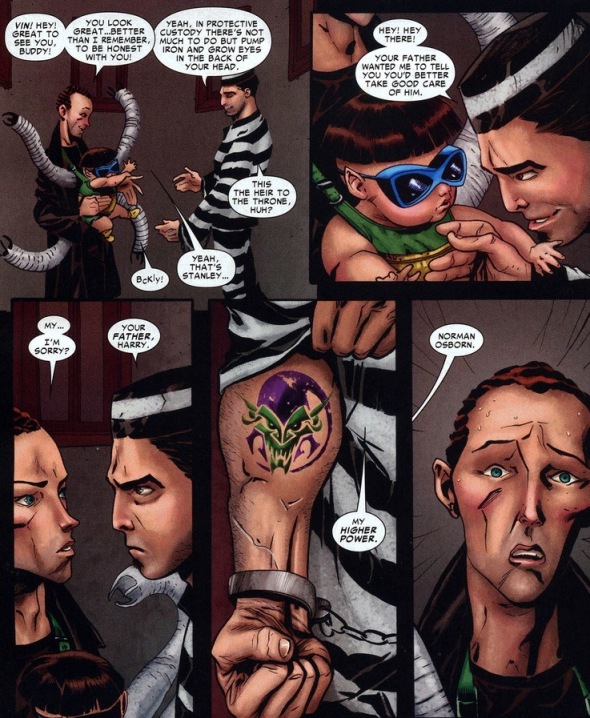 Look, the Green Goblin name still carries with it a certain amount of dread and fear.  But to Harry Osborn?  That man has been through way too much crap with his father to be scared anymore.  We’re talking drug addictions, revenge plots, supervillainy, chemical overdoses, faking death, kidnappings, etc.  His father even steals Osborn’s girlfriend Lily Hollister (the mother of that baby attached to his chest).  So while his father can parade around in his wild schizophrenia to accomplish whatever delusional goal he’ll eventually bungle, Osborn will not let Norman dictate anymore aspect of his life. Time to send a message, and Harry knows the only way supervillains listen. 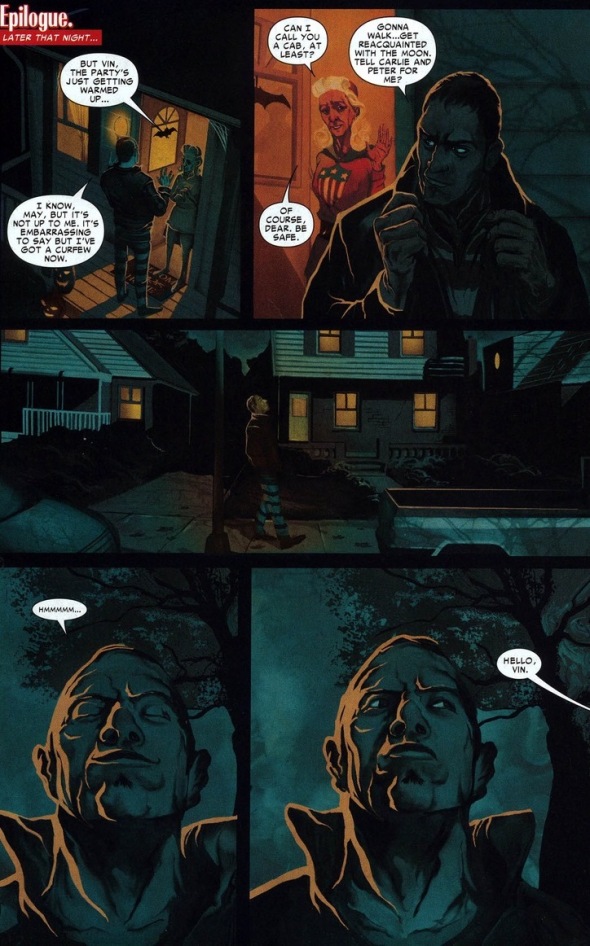 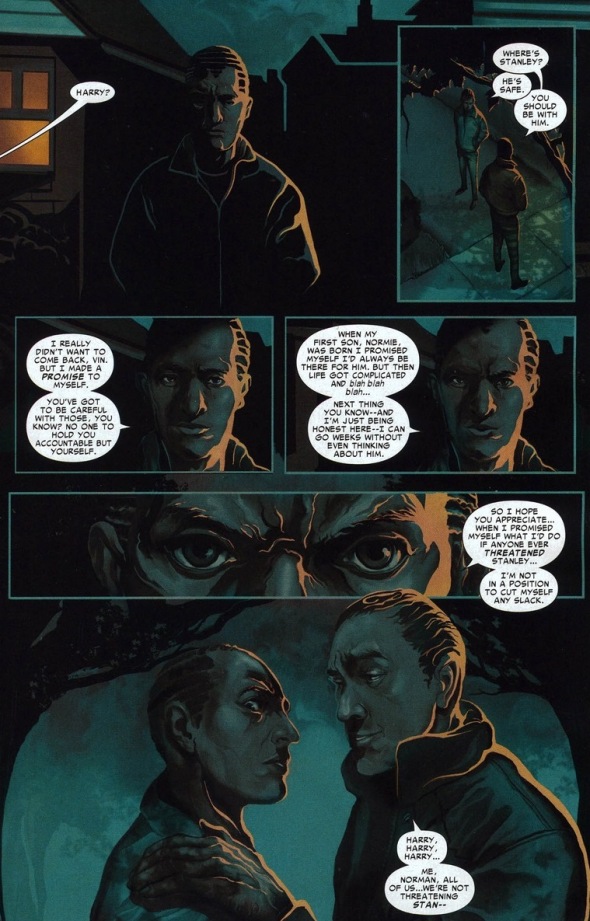 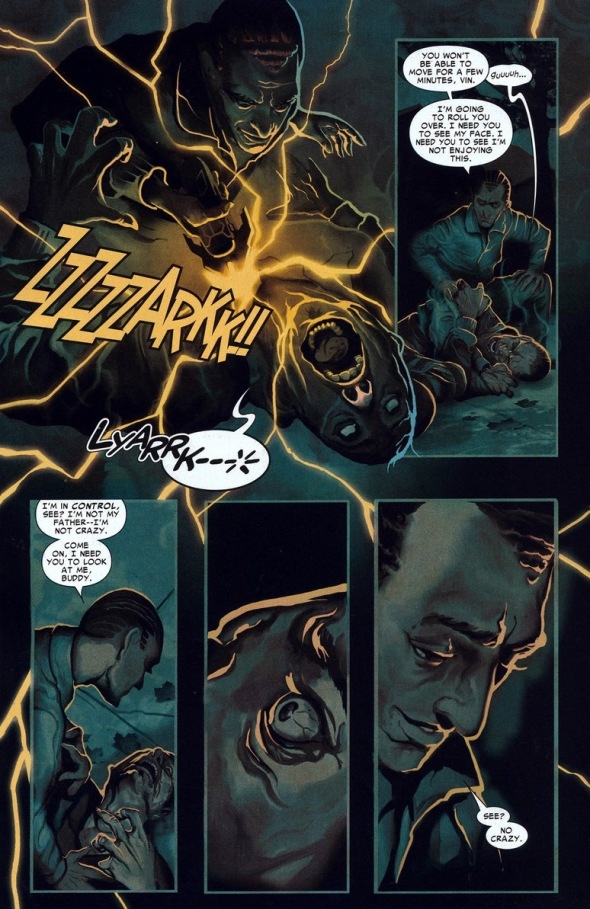 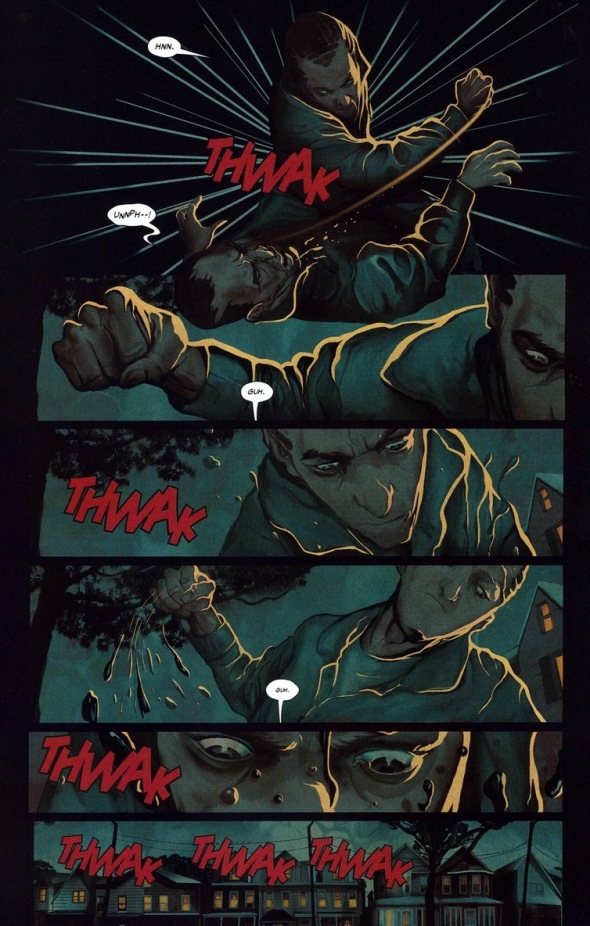 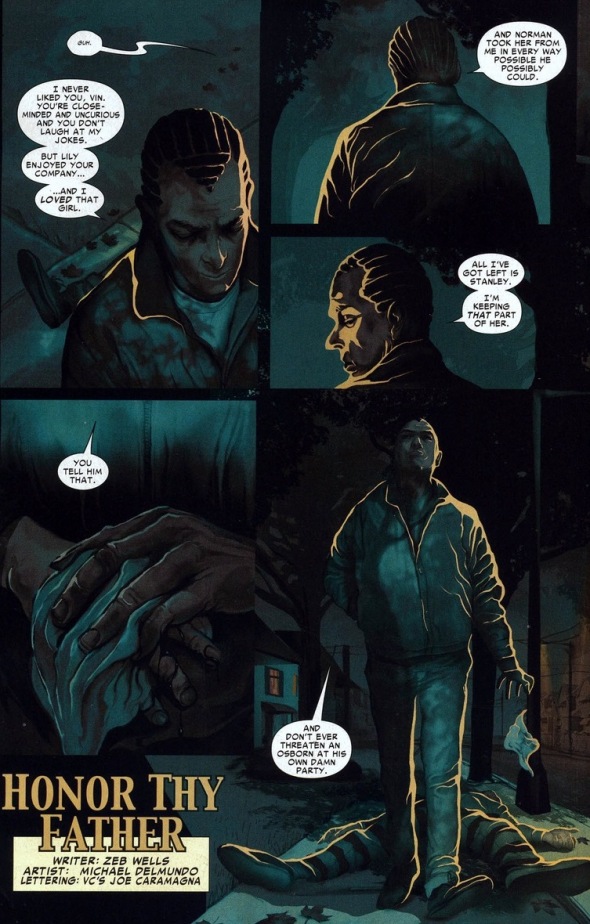 Vin hasn’t shown up in comics since.  But at least now if his face pops up in the next few months, you’ll know why.  And my goodness, can Harry Osborn be horrifically terrifying.

One Comment on “Vin Gonzales and the Goblin Cult”