A few days ago, I came across an arc in JLA #101 – 106, written by Chuck Austen and drawn by Ron Garney, that brought forth some really awful days for our heroes.  They fail, they cry, they talk about feelings, etc.  I love it, because not only do we get genuine human moments from these superhumans, but when our protagonists win every single time (as comics demand), a tiny loss or close call can tear out their heart and punch it into bloody heart goo.  So we’re going to see parts of these six issues each profiling a different hero.  Use your mask to mop up the tears and your cape to blow your nose, because these next two weeks’ll be a doozy.

I’ve always been grateful that our most powerful superhero is also our most polite.  Batman would have just thrown knockout gas from his Batmobile window before cartwheeling into the burning building. More importantly, Superman’s plan totally beats out the firefighters: send in the man who’s both super fast and invulnerable.

Surprise, new superhero!  The best part of a fictional universe allows for new characters to be created instantly with zero skepticism required from the readers.  A truck driver gets sneezed on by a radioactive alien?  Now he can shoot lava out of his shoulders!  The local anchorwoman eats a chemically-enhanced meatball at the state fair?  Now she can turn trees into airplanes!  It’s that easy, because the rules tend to be horribly lax in a comic book universe.  And I’m cool with that, but only because I now have the first two members of my new superhero team. 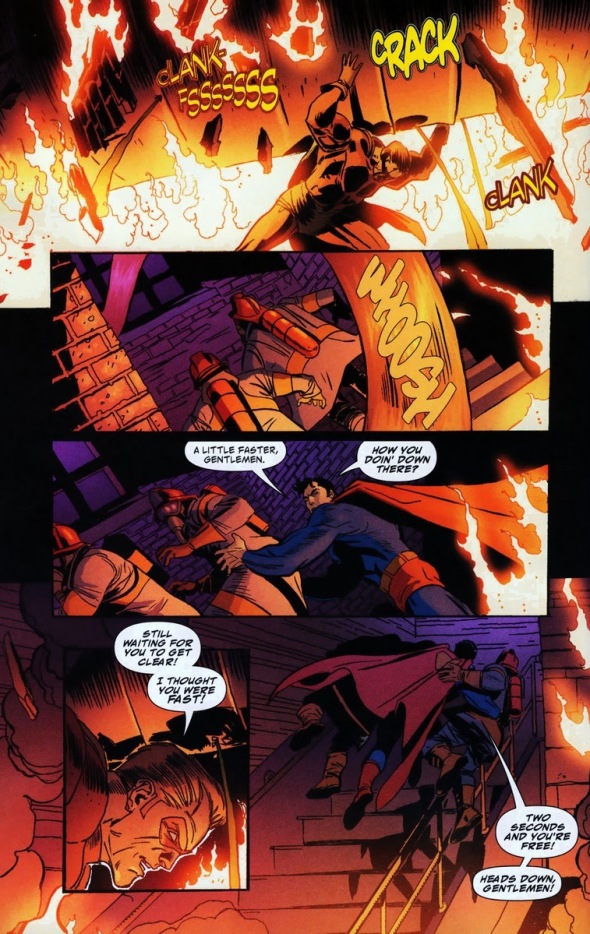 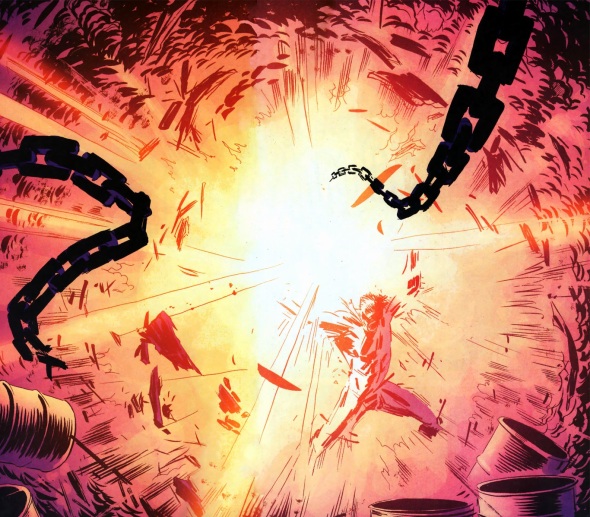 Y’see, even with Superman’s practically infinite combinations of superpowers, he still makes mistakes.  Or judgement errors.  Or rash decisions in a fiery inferno of a former apartment complex. The man may be Kryptonian by blood and ability, but he is, at times, really only human.  He bleeds when he falls down.  He crashes and he breaks down.  Your words in his head, knives in his heart. You build him up and then he falls apart.  Because he’s only human.  Actually, sorry, that’s a Christina Perri song. 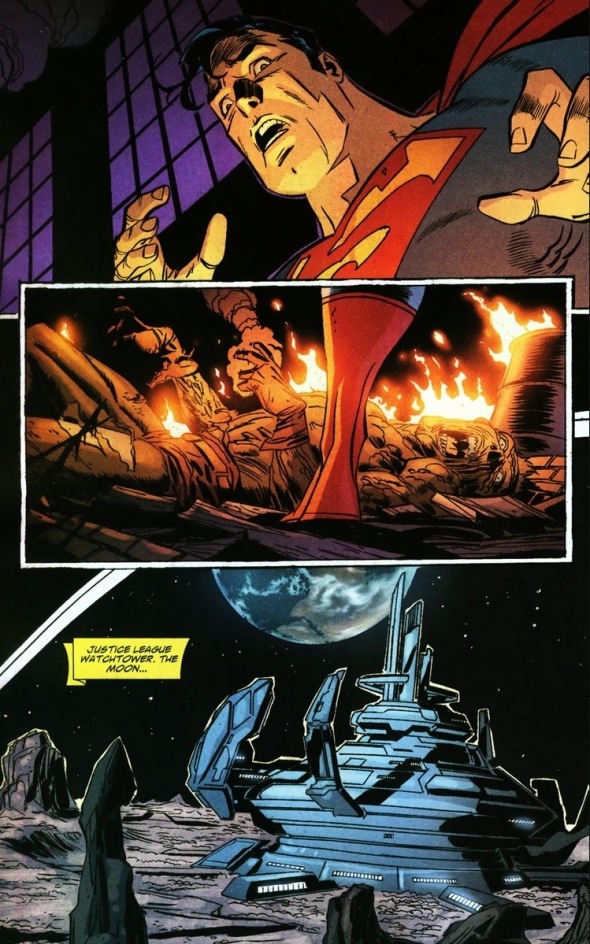 Because Superman has the powers of a god, his failings are going to ruin him far worse than anyone else.  Maybe not the people he fails to save, but you know what I mean.  Look, Superman knows how powerful he is.  It’s not a surprise to the Man of Steel that he can circle the earth in seconds while carrying a sack of blue whales and elephants.  His inability to save everyone at all times certainly disappoints all the civilians who trust him to protect them from harm, but he’s not a god — Superman wears his underwear on the outside, for goodness sake.  And that means not being able to save everyone at all times.  Should we be upset as readers?  Hell yes, but I kind of believe we love him more when he fails.  He becomes a little more relatable, y’know?

The scene cuts to the arc’s overlying plot (which I’ve ignored).  On Wednesday, we’ll see the Flash fail.  Then Green Lantern, Martian Manhunter, Wonder Woman, and finally Batman.  Well, sort of Batman.  That man’s a beast.