You know about Attuma, right?  Not that Street Fighter character.  Don’t worry, I don’t know who he is either until I looked him up about an hour ago.  He battles Namor every now and then in his delusional attempts to conquer Atlantis and whatnot.  If Aquaman gets a rogue gallery, Marvel’s Aquaman gets one too — that’s how competition works.  In this short story from Dark Reign: Made Men one-shot, written by Frank Tieri and drawn by Rafa Sandoval, we get caught up on what happened to Attuma since his head exploded in Sentry #1. 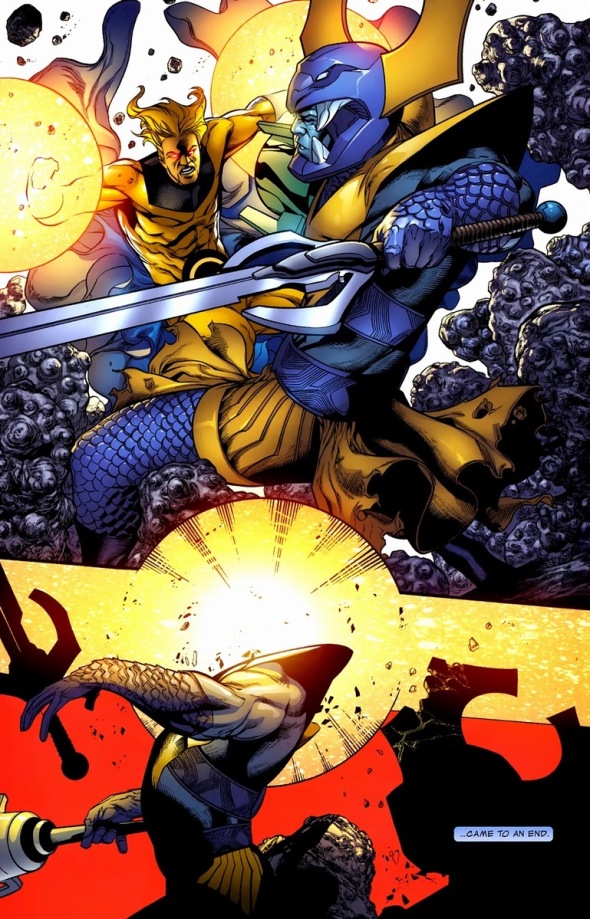 Attuma, an Atlantean warlord, used some giant octopus creatures/mechs/whatever to take down New York City, where 50% of Marvel’s superhero population lives.  As you can see, it ended badly.  Keep in mind that bottom panel is the entire fight from that issue — Sentry simply flies down, beheads the supervillain, and continues about his day.  So it may be hard to imagine why anyone would want to bring Attuma back to life.  Well, there is that one guy. 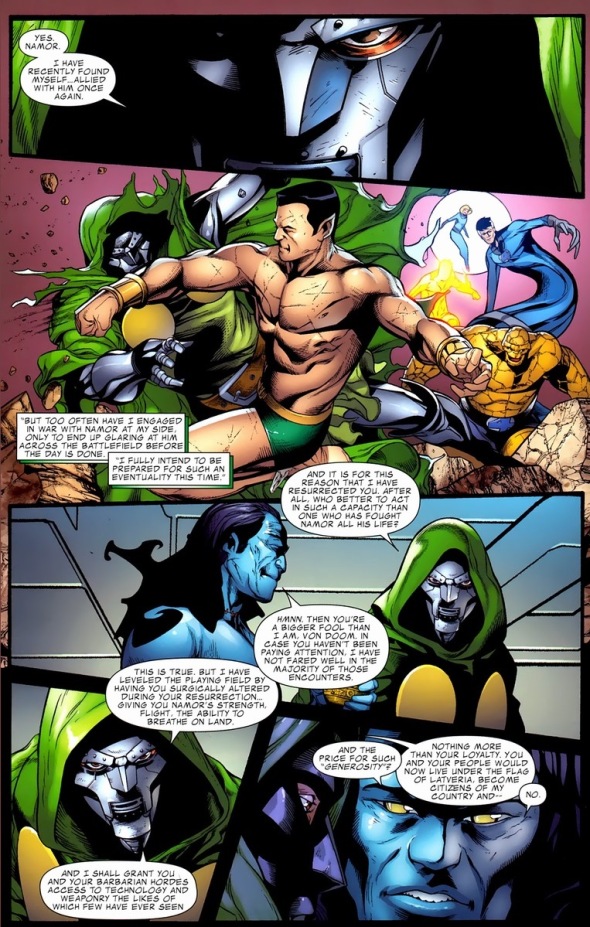 Comic book science might as well be comic book magic — its only limitations lie in the imagination of the writer.  Drink a serum and now you have pterodactyl wings!  Take a pill and access time travel! Touch an orb and become a god!  We don’t even question it.  So yes, now Attuma is far more powerful than before simply because Doom said he is.  We’re cool with that.  Oh, and regarding Attuma’s refusal to Doom’s request.

It’s sort of like making a deal with the devil, except eventually the Fantastic Four will go to Latveria and punch the devil until there’s blood in his stool.  I know this ends on a cliffhanger, but don’t hold your breath: Attuma doesn’t show up again in comics until the Marvel event Fear Itself occurs two-ish years after this.  At least then, he gets one of the magic hammers and finally gives Namor the challenge our speedo-rockin’ monarch deserves.