We wrap up this “hairy” adventure today!  I’m sorry for that.  Please keep reading.  As we last left Lex Luthor, his decayed and broken clone body finally gave out, rendering DC’s bitterest man a paralyzed shell of the great tycoon and supervillain he once was.  But Superman also had a mullet, so it’s a toss up to who had it worse.  When we next see our protagonist, he looks like this:

That’s right.  Lex Luthor is healed!  Did he transfer his brain to a healthier clone body?  Did he create a robot Lex Luthor that he secretly controls?  Did he do that powerful hospital movie moment where paralyzed patients move that one finger, triggering a montage of the gradual recovery?  Did he sell his soul to the devil in exchange for a second chance?  Yes to the fourth one.  But like all demonic deals, this one comes with a horrific price – obviously the soul, but even worse, his eyebrows are now their natural reddish hue. 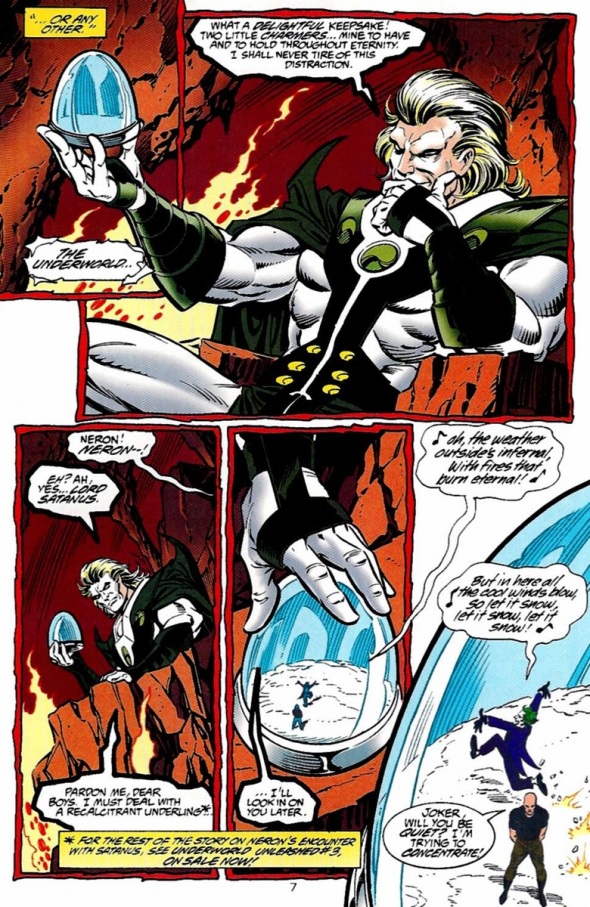 I get that most DC superheroes and supervillains are atheists, if just because it’s hard to believe in one single almighty god when all of them have spent time punching actual gods.  But surely Lex Luthor believes in magic, right?  He must have fought Zatanna or Shazam or once went on a cruise. So why couldn’t Hell exist?  If magic exists – completely unexplainable by science – why couldn’t there be a terrible, eternal punishment for this healing potion?  Look, I may be looking a story gift horse in the mouth, but Lex probably spent millions of dollars and years of his life trying to build his broken clone machine.  He could have spent a fraction of that and maybe just an e-mail getting in touch with evil wizards who could accomplish the same tasks with far less work (though far more cackling).  So yes, Lex Luthor suffers no ill magical or soul-promising effects from his recovery, but it doesn’t hurt to be paranoid.

Unfortunately, Lex Luthor did destroy Metropolis a few issues ago, added to whatever other mischief he committed in his decades as a jerk.  You’ll get to witness something far more fearful than rooftop brawls and giant robot fights.  Only words can save Lex Luthor from a mortal fate that would last probably a month or two before the inevitable – imprisonment for his many, many crimes.  Can our supervillain escape the law unscathed, reputation restored, and the complete goodwill of the people? I won’t spoil it for you, but he does get elected president of the United States immediately after this. 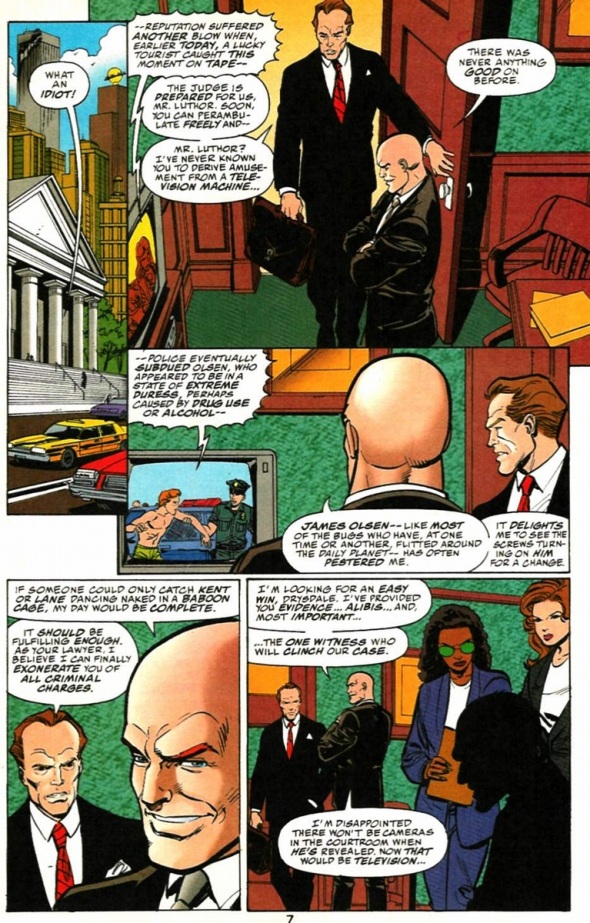 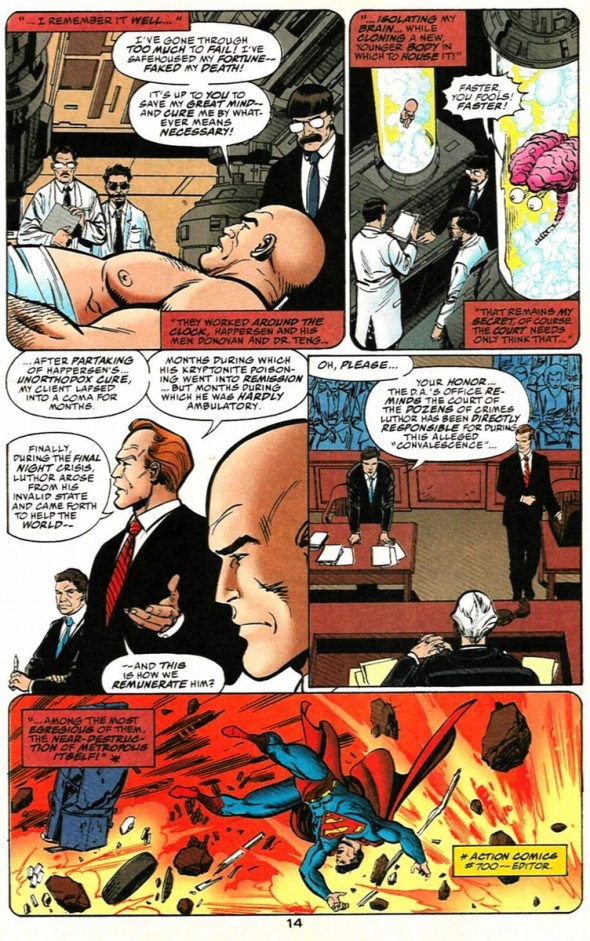 Luthor’s defense consists pretty much entirely of lying their balls off.  But you’re not reading comics for long-winded arguments about legality and whatever, you want the theatrics.  You want the moments where the lawyers slam their hands on the table and the crowd gasps in shock.  You want a piece of evidence or surprise witness thrown into this courtroom that blows the pants off everyone who reads the comic.  Also, you should probably go re-play all the Phoenix Wright games. Look, Luthor comes out of this spectacularly, but his most important restoration isn’t his body or his corporation or his secret villainy – it’s his ego.  There’s no containing that monster anymore. 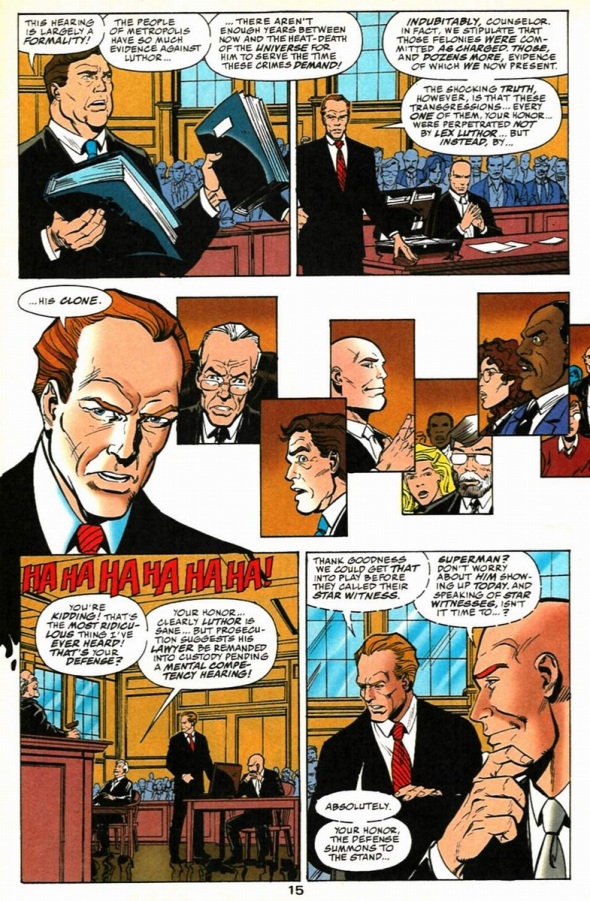 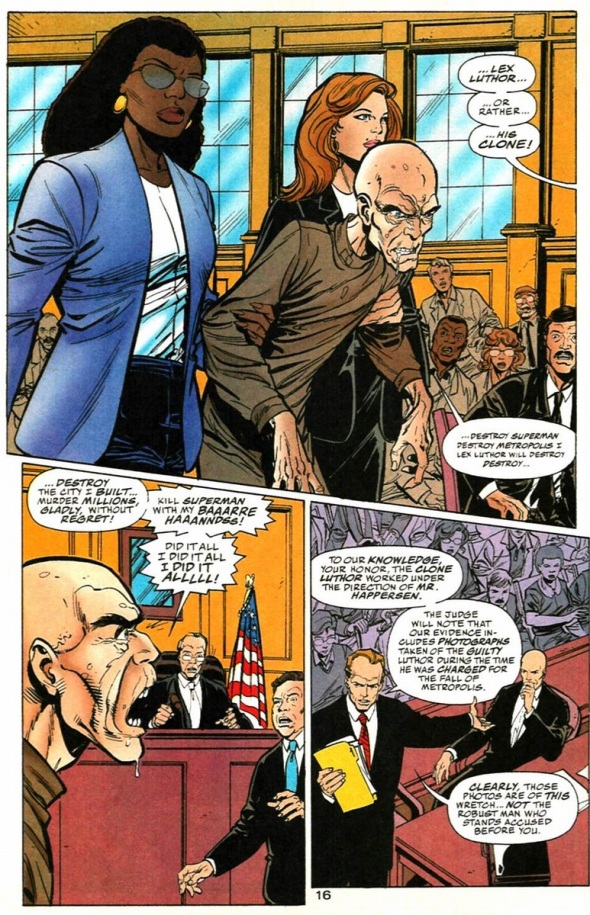 And you should be proud of yourself for reading all four parts.  You deserve it.