The article title is misleading.  No Hulk talk here, instead we’re going to follow around his alter-ego Bruce Banner.

With the Hulk becoming intelligent in the past few years, what’s the point of Banner except as a crutch?  Sure, Banner may be just a spindly scientist, but it’s important to remember that he’s also a genius.  And I mean genius.  As in officially the fourth smartest person in the world.  Like Reed Richards and Tony Stark smart.

After World War Hulk, Bammer runs around with his hippie Hulk son that he fathered on the gladiator planet.  Because the Red Hulk absorbs all of normal Hulk’s radiation, Banner can’t turn into the Hulk. Yeah, comics.  Norman Osborn, in charge of a SHIELD-esque organization, wants to kill Banner. Who needs the Hulk anymore?  Cue Dark Reign – The List: Hulk, written by Greg Pak. 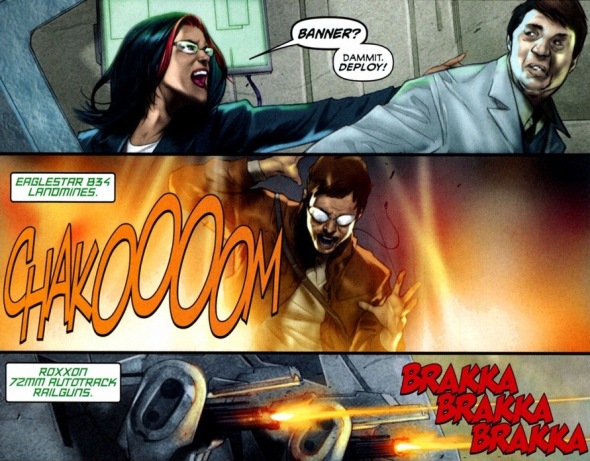 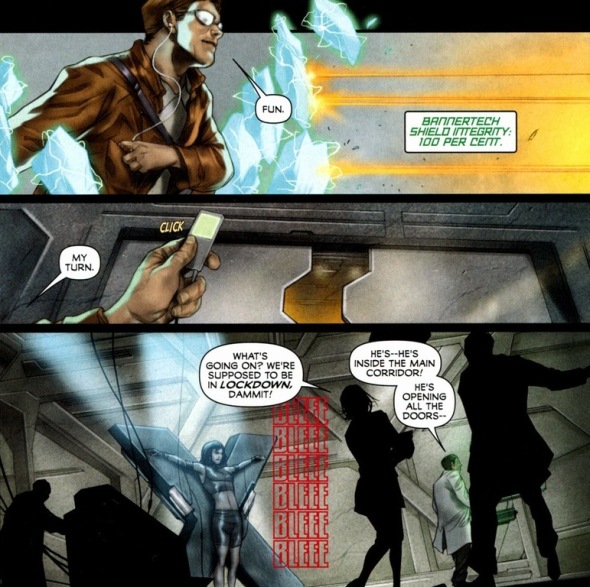 Ever hear of Bannertech?  Of course you haven’t.  He’s too busy running from the military in tiny ghost towns to properly market and sell his self-made technology.  Also, look again.  He’s doing everything from an iPod. 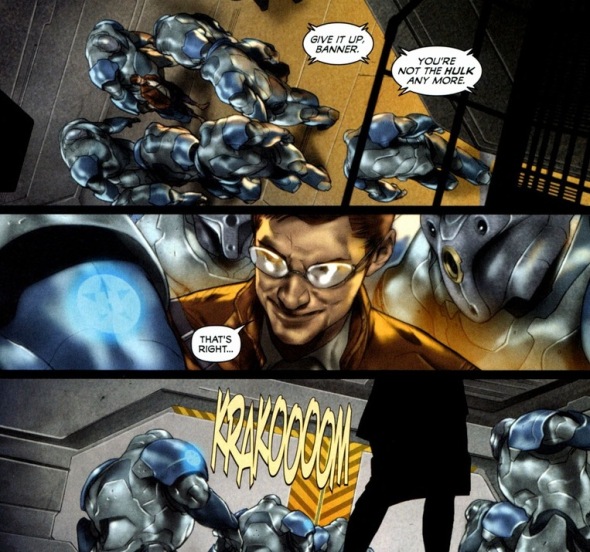 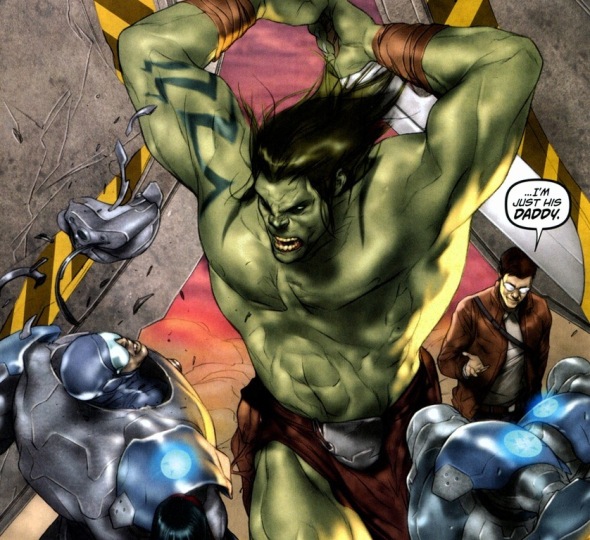 Introducing baby Hulk.  His name’s Skaar and like most Hulks, he’s unpleasant, violent, and frequently pissed off.  With Banner’s technology and Skaar’s giant sword, victory goes to the good guys.  Yay.

But this is the intro to our story.  You want to see the nerdiest scientist ever created kick some butt? Of course you do.  Unfortunately, we’re going to need some backstory to fully appreciate all the webs spun behind the scenes. 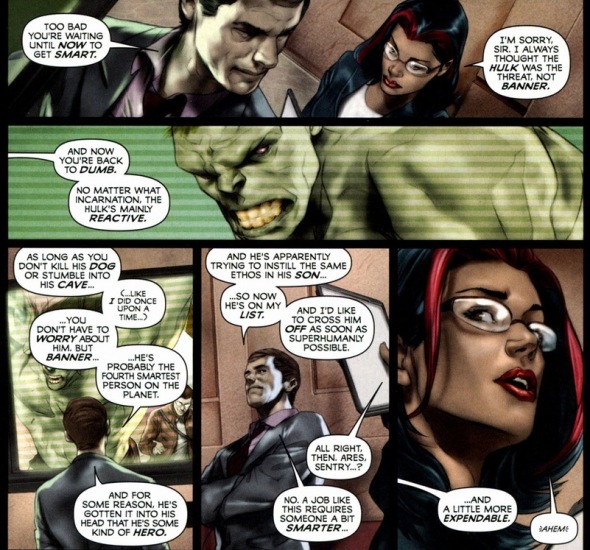 If you’ve read World War Hulk, you know that Skaar didn’t come to the planet Earth at the same time as his father and his army.  He arrived later, angry (surprise) and aiming to kill the Hulk.  It’s not really important why.  But as you saw, Hulk isn’t around.  Sadly for revenge’s sake, Banner’s running around devoid of his inner green rage monster.  Look, comics are based around the status quo.  Everything always goes back to the way it was.  Sure, it may take years, but because comic books are a business, Banner’s going to obviously become the Hulk again.  Skaar, unable to break the fourth wall but realizes it anyway, figures if he just tags along with Banner on his adventures, puny dad’s going to have to turn back into the green dad sooner or later.  Then he can enact his revenge/happy ending.

Anyway, round two of Banner vs. Osborn’s lackey.

Probably not a good idea to take a plane.  Y’know, because Banner already proved he can overrride machines and whatnot. 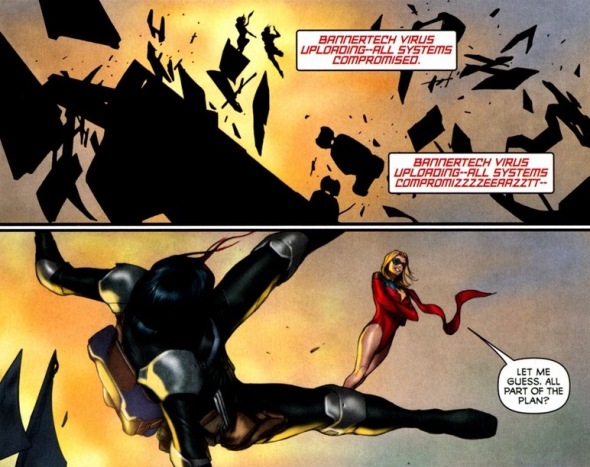 Told you.  Though I have no idea what virus can dismantle the glue holding the plane together.  I don’t know how planes are built. 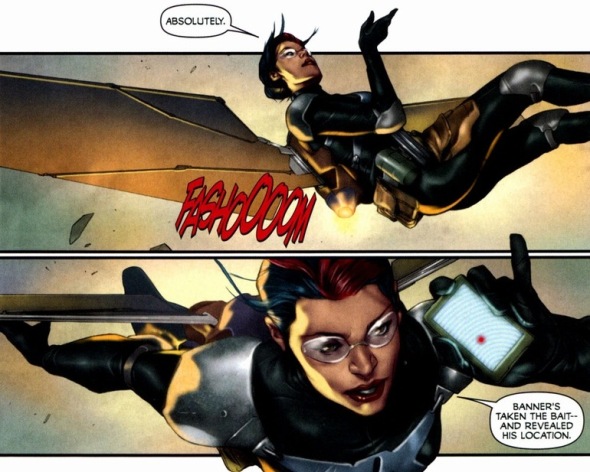 I know the problem of comic book technology is the same as comic book magic.  It can do literally anything the writer wants it to do.  But who cares?  Makes it more fun.  Oh, so Ms. Hand has a few tricks of her own.  And by tricks I mean missiles. 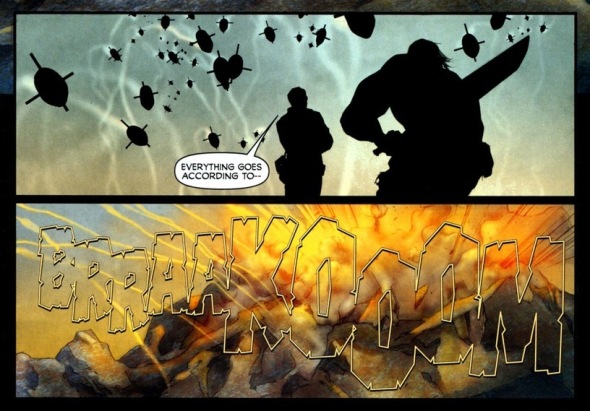 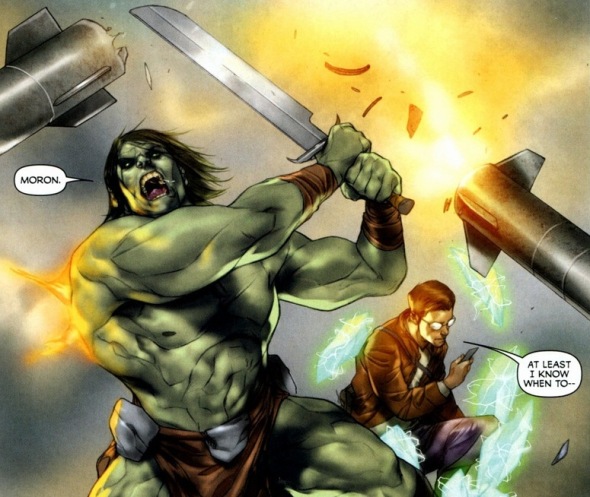 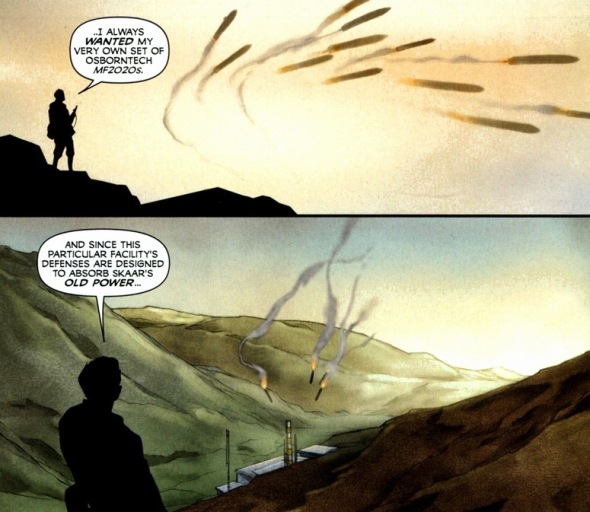 In this technological chess game, Banner has totally field goal’d her bishops with his Zune.  I don’t know chess.  Though c’mon, Ms. Hand has a red streak in her hair – she’s spontaneous and dangerous! 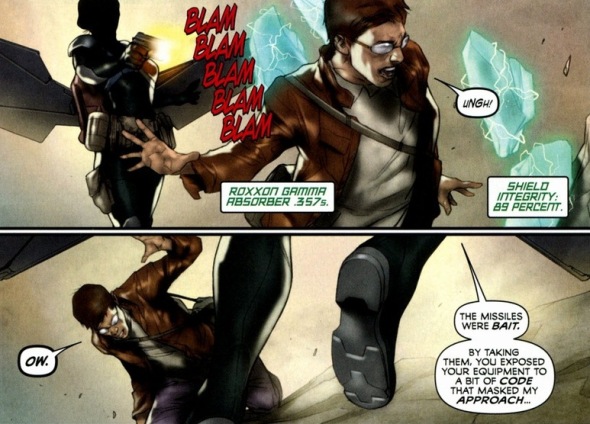 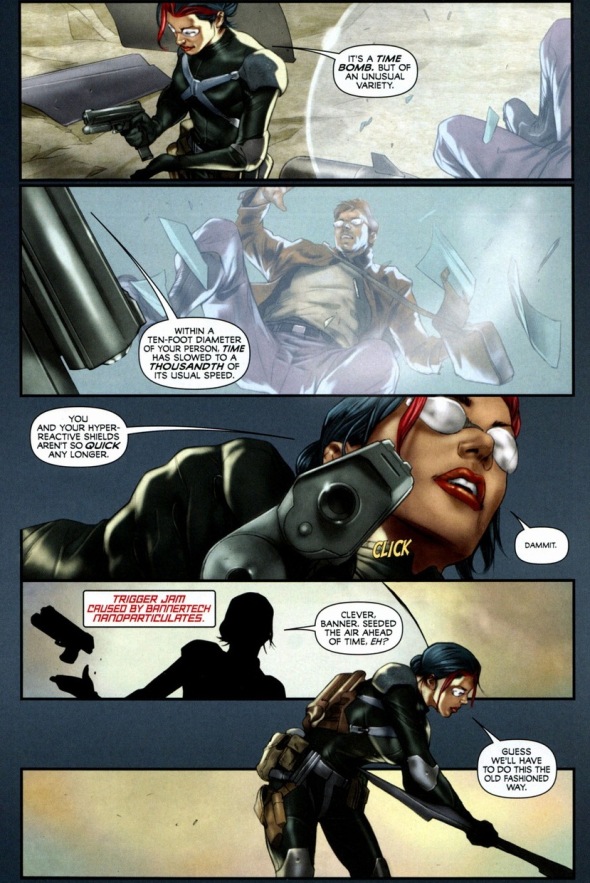 By the way, the crazy time slowing bubble tech?  Never seen again.  Which is too bad, because that is some crazy overpowered weapon.  Even with Banner putting gun jamming nanoparticulates in the area, how can he possibly get out of this situation?  Well, Banner is a tech genius, and what’s the coolest technology of them all? 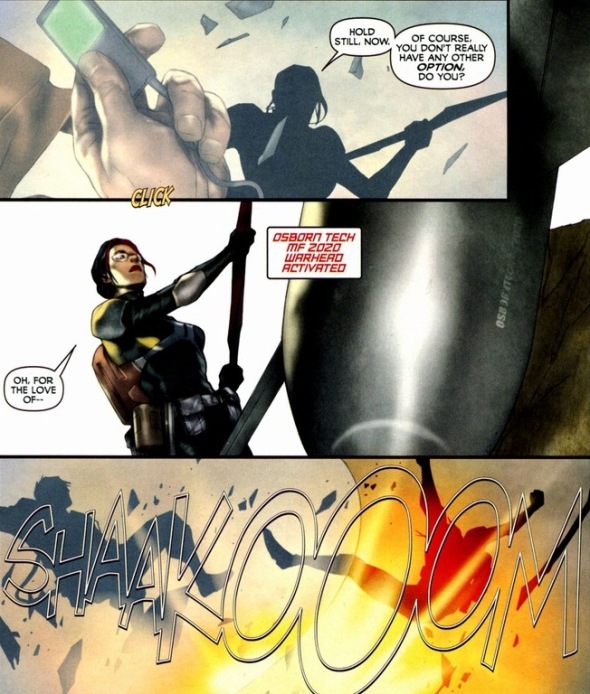 You’re absolutely right: more missiles.  Sure, Mark Ruffalo drove a motorcycle, but can he make stuff explode with his mp3 player?

What happened to Skaar?  He was fighting that spandex lady.  It’s not a long fight, you can read the issue.  Eventually the Hulk family gets away and they debrief the way only a Hulk family could. 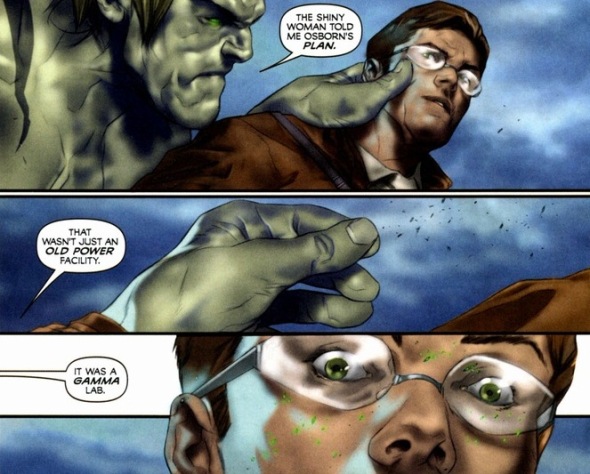 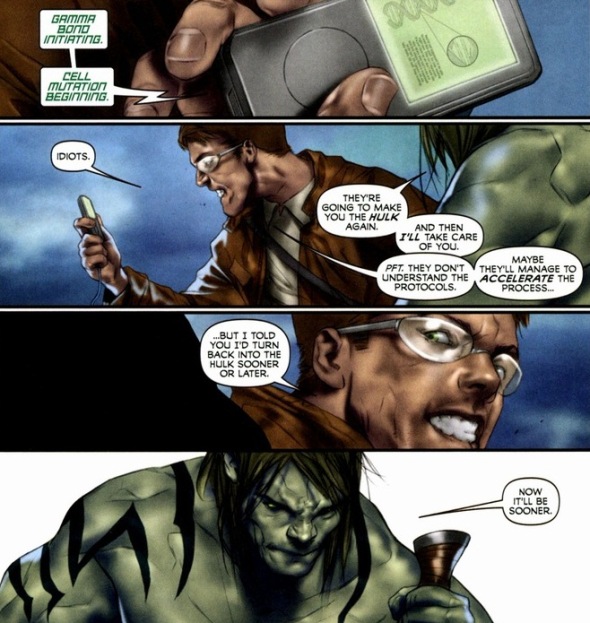 The two hug and make s’mores.  The end.