The benefits of Alfred Pennyworth

Batman’s butler.  You know and love him.  Since the oddsmakers for the upcoming Batman #17 have poor Alfred as the most likely fatality in the “Death in the Family” arc, we should totally talk about him before it’s too late.

Alfred, who’s been kickin’ since 1943, serves a much greater purpose than cleaning and cooking duty. I mean, he does all that, but Alfred’s also the only real father figure Batman has in his life.  The one force that Bruce Wayne knows will always have his back — both emotionally and mentally.  Plus, working for the world’s most dangerous vigilante obligates our dear elderly butler to pick up a few other useful skills. He’s an above average martial artist, skilled surgeon, classically trained actor, and talented computer programmer and engineer.  Total Renaissance man.  More importantly, Alfred’s a total badass.

Before we get into our story for today, you should get familiar with this scene from Detective Comics #838, written by Paul Dini and Ryan Benjamin:

And this gem from Detective Comics #849, written by Paul Dini and drawn by Dustin Nguyen: 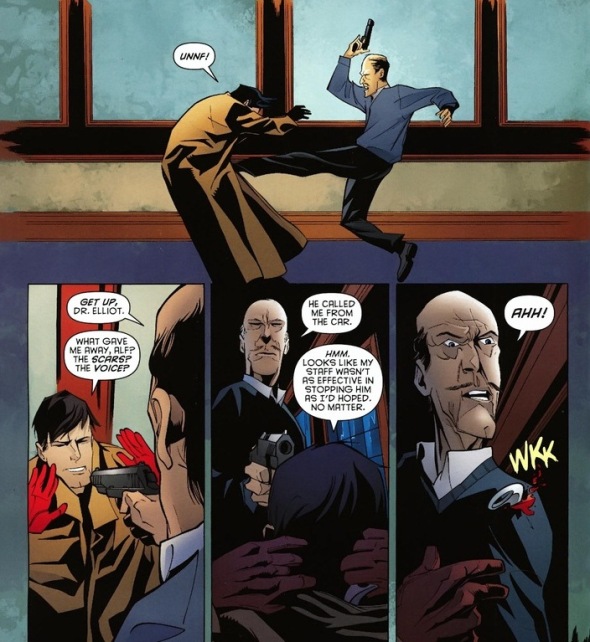 Alfred’s earned his membership in the Batman family, and not just by changing baby Bruce’s diapers. In Batman: Legends of the Dark Knight #118, written by Greg Rucka and drawn by Jason Pearson & James A. Hodgkins, we’ll explore just how amazing the Dark Knight’s senior citizen servant is.  Before we begin, we should briefly cover the Batman event No Man’s Land.

I’ve talked about it before, but to fully understand, think about DC as a business.  You know what would sell a ton of issues?  Batman in a post-apocalyptic wasteland.  That’s a super awesome idea. But the only way that could happen is in an alternative dimension non-canonical story — and those just don’t attract viewers like the real deal.  Well, what if Gotham City just so happened to be on a scary fault line and an enormous earthquake leveled the city?  And then the government blocked off the city, forcing the citizens and cops left behind to fend for themselves among the dangerous supervillain gangs roaming Gotham?  Totally awesome, right?

Unfortunately, Batman fled the city for a few months.  We can get into why later.  Commissioner Gordon and his policemen attempted to keep order, but you know how anarchy can be.  Luckily, one brave soul stepped up to give his aid and support.  And told as a delightful children’s story. 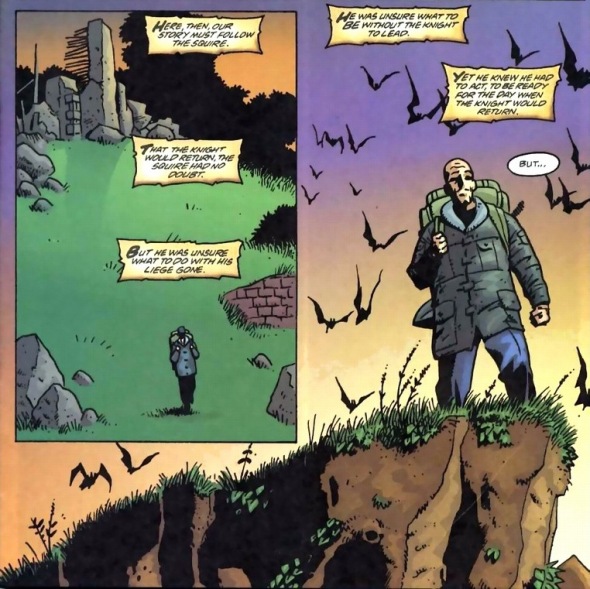 What’s a butler to do in the destroyed Gotham?  Oh, he’ll find some ways to pass the time. 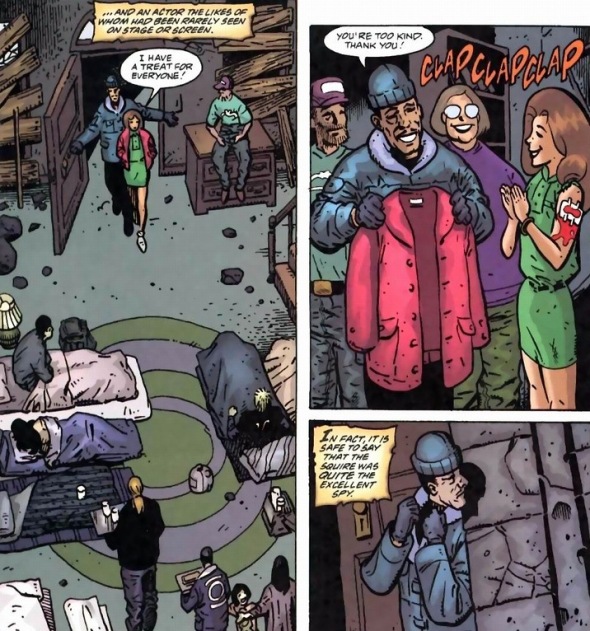 Alfred must be in his 60s.  He accomplished significant success already as a stage actor in England before joining the Wayne household, and pre-reboot Bruce Wayne was in his late 30s around this time.  I mean, I don’t think he’s at risk of heart disease or senility, but he’s also not parkour-ing off skyscrapers with a fistful of batarangs either.  Which makes this next scene particularly noble:

Yes, Batman isn’t around, but Robin, Nightwing, Huntress, and others are certainly patrolling the city. Unfortunately, no electricity makes it difficult to alert the sidekick brigade.  That and any carrier pigeons would have been eaten by this point.

It’s a fight, gentlemen.  No backing down from this behemoth now.

How does this story end?  Does Alfred get chopped into little crumpets?  It concludes the only way it should: magnificently. 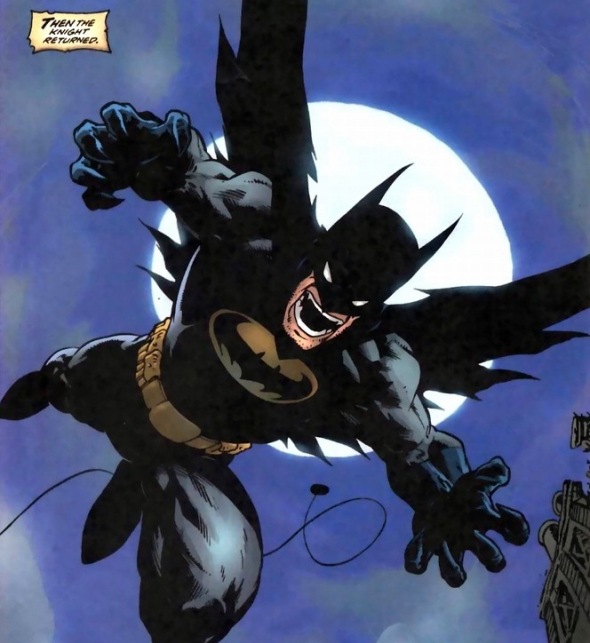 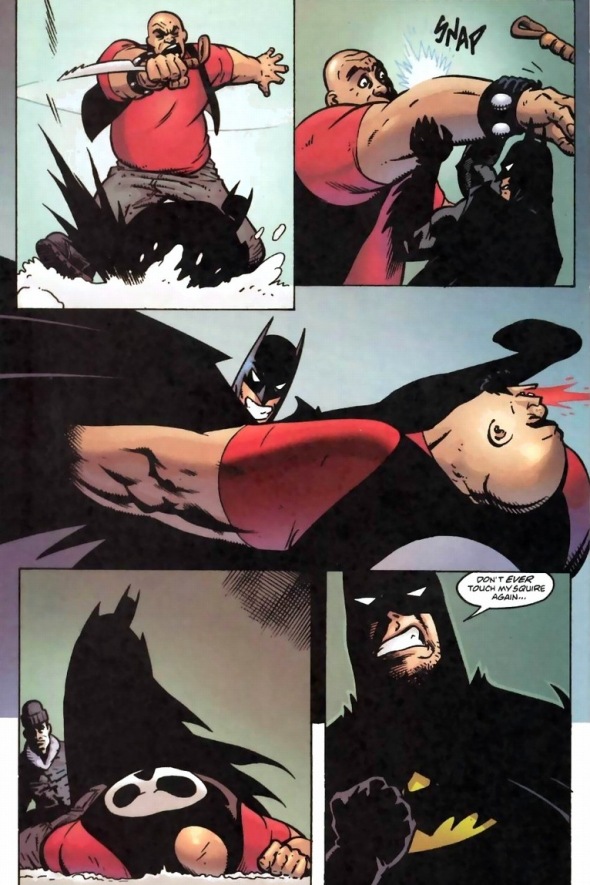