Are you getting uncomfortable with all this emotional outpouring going on the past few articles? You’re not alone in JLA #104, written by Chuck Austen and Ron Garney. 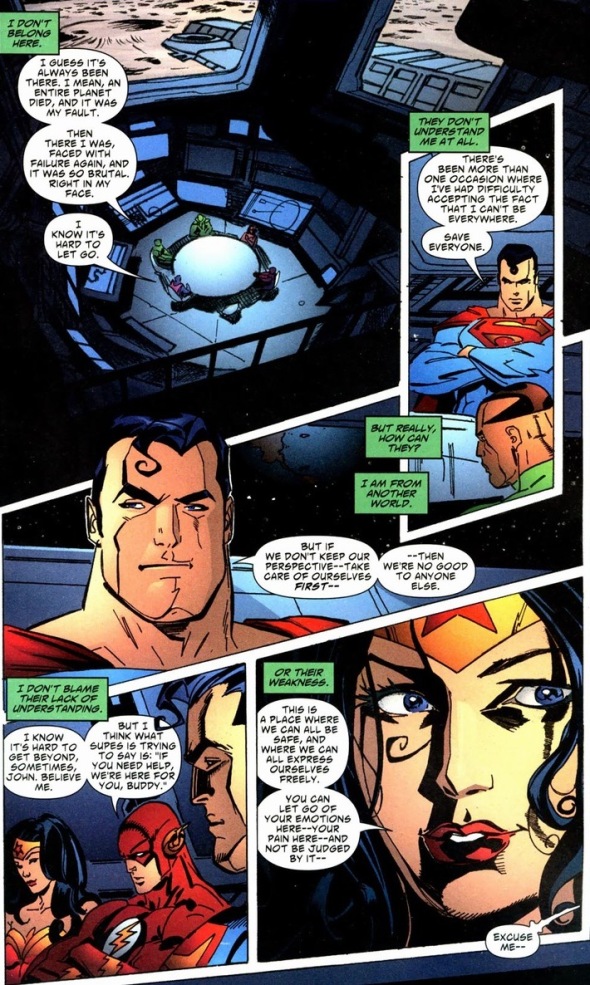 I know he mentions that his experiences differ because of his otherworldly alien stuff, but only Flash and Green Lantern are human.  Superman has that whole Kryptonian thing and Wonder Woman birthed from wet clay.  I mean, they’re not green or can shapeshift or wear cool capes with collars, but it’s not fair for Martian Manhunter (real name J’onn J’onzz) to claim that his teammates can’t understand him.  He’s not the only one to wear his underwear on the outside of his pants.

Of all the Justice League-ers, I’m the least knowledgeable about Martian Manhunter.  While I should do some extensive research, I only have about ten minutes before the NyQuil forces me to pass out on my keyboard.  I do know this: he’s from Mars and the last survivor of a plague that wiped out every one of his people, including his wife and child.  Also, the dude’s crazy powerful.  He has super strength almost on par with Superman, plus he can shapeshift, fly, phase through solids, turn invisible, super breath and vision, and he’s the most powerful telepath on the planet.  Like a green Professor X. And with him being uneasy talking about feelings, he flees the watchtower for the mundane earth life. 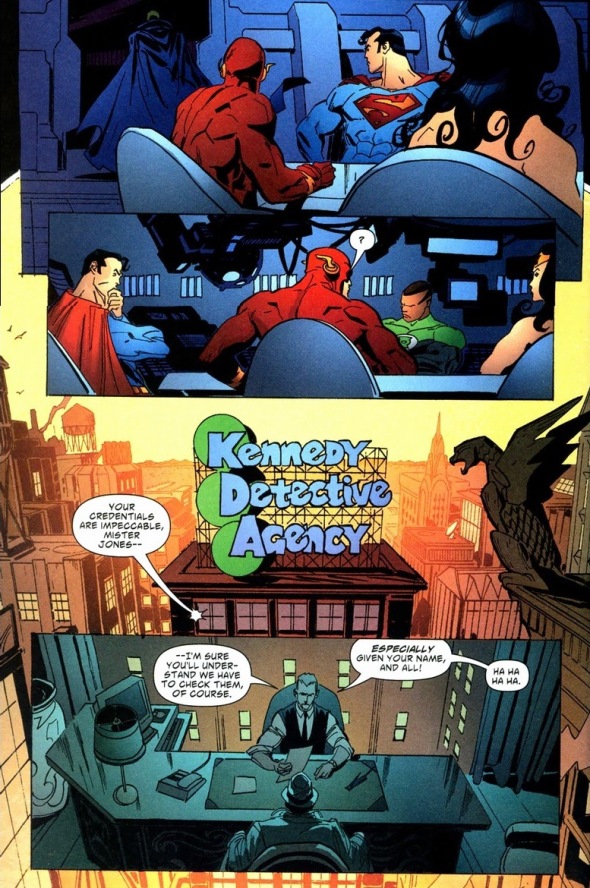 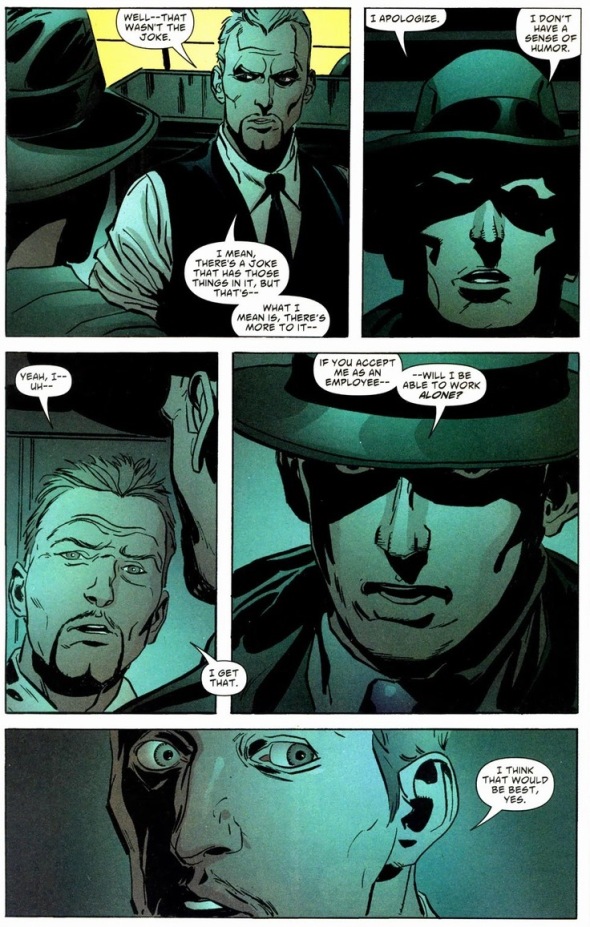 I’m skipping his detective adventures and getting right to that juicy crying stuff.  Y’see, an earthling starts to fancy the stoic John Jones, and his secret gets revealed when he attempts to pull a Batman on some criminals. 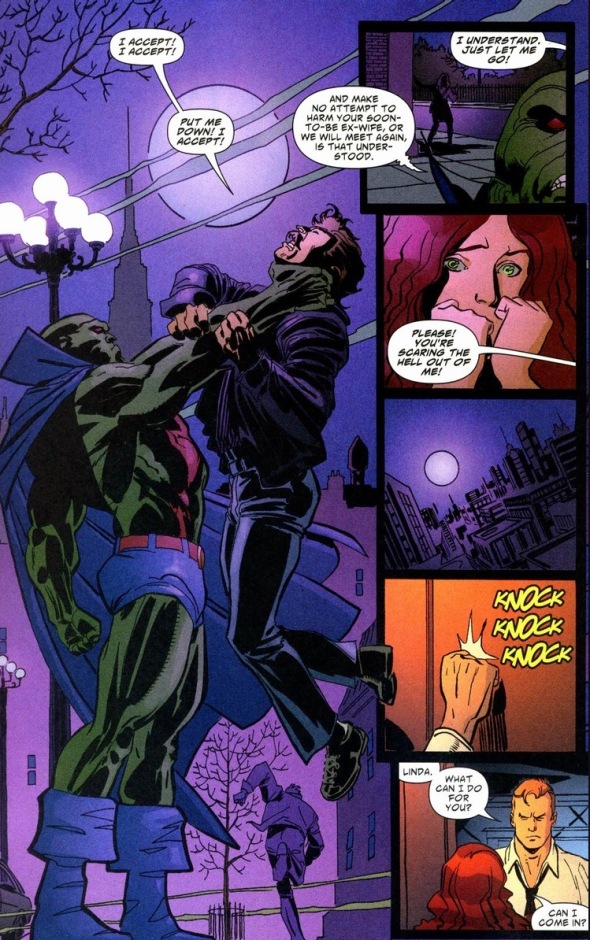 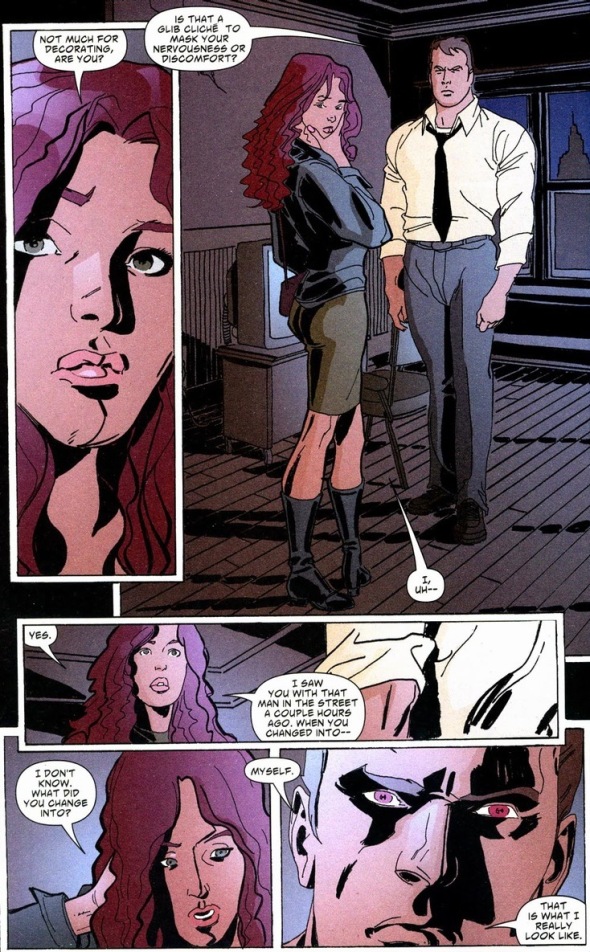 Of course the universe’s last Martian would be a bit unhinged.  I don’t even think it’s an afraid-to-fall-in-love-again thing.  Or a wishing to feel like the victim mentality.  Here’s my take with zero research to back it up: unlike Superman, who plopped onto earth as a child and therefore raised as a normal-esque boy, Martian Manhunter arrived on this planet full grown in the prime of his life.  If he accepts that he now possesses some glorious earth traits, it’s a cultural slap in the face of his previous life. After all, he’s all that’s left to preserve the Martian culture.  By assimilating, the memory of his wife, child, and people fade with each new girl he kisses or every time he hugs the Flash.

Or maybe he just doesn’t want to think about the tragedies in his own life.  The Justice League believe that, anyway.  Actually, ignore my theory — I’m just leaving it in because I’m proud I can connect thoughts amid my beleaguered cold medicine haze. 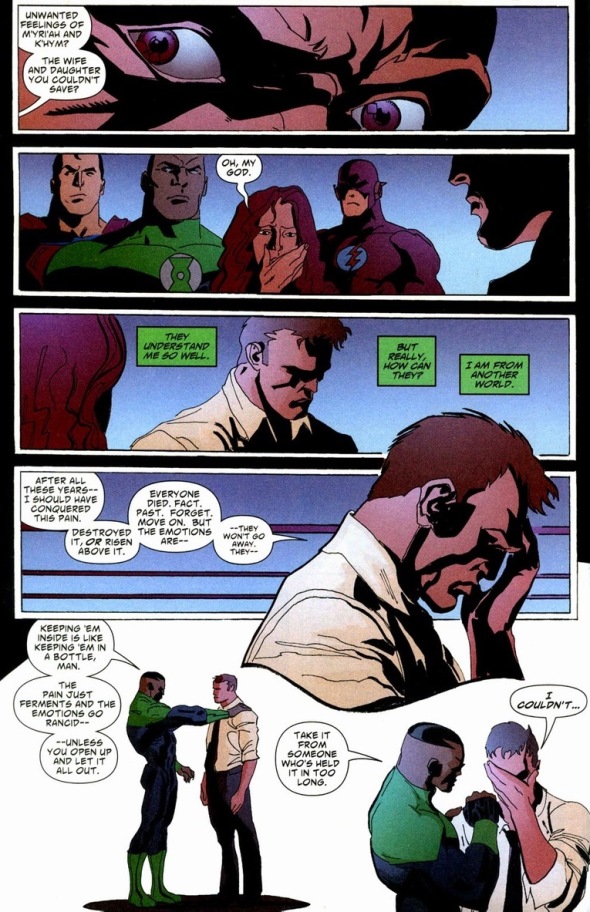 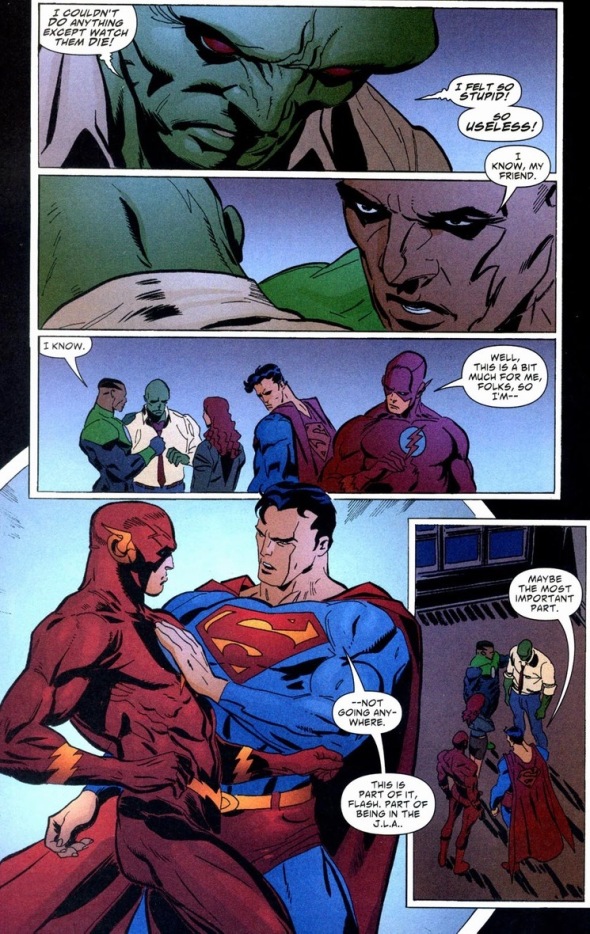 Y’know, I’m going to check out some Martian Manhunter stuff.  I’m getting welled up, and not just because of my Sudafed-laced brain.  There must be far more to Martian Manhunter than him phasing through the floor to zap supervillains.  Plus, I’m a big fan of any alien wearing a suit and tie.

On Wednesday, it’s Wonder Woman’s turn and by far our bloodiest issue in this arc yet.