The final two issues of the Herc series, #9-10 written by Greg Pak & Fred Van Lente and drawn by David Hahn, contain a delightful arc dealing with mortality, the Kingpin, wizards, and a beheading — I adore it.  But I’d need to give you almost the entirety of both issues to understand all the back story and plot development.  So to make it easier for me (and some encouragement on your part to buy the series), I picked two scenes to delight you with.  Let’s do something fun and light for Friday, plus I don’t think I’d be lying when I claim my love for Marvel’s version of Hercules borders on emotional love. Maybe a little physical.  Okay, a lot physical.

Oh, so recognize this guy? 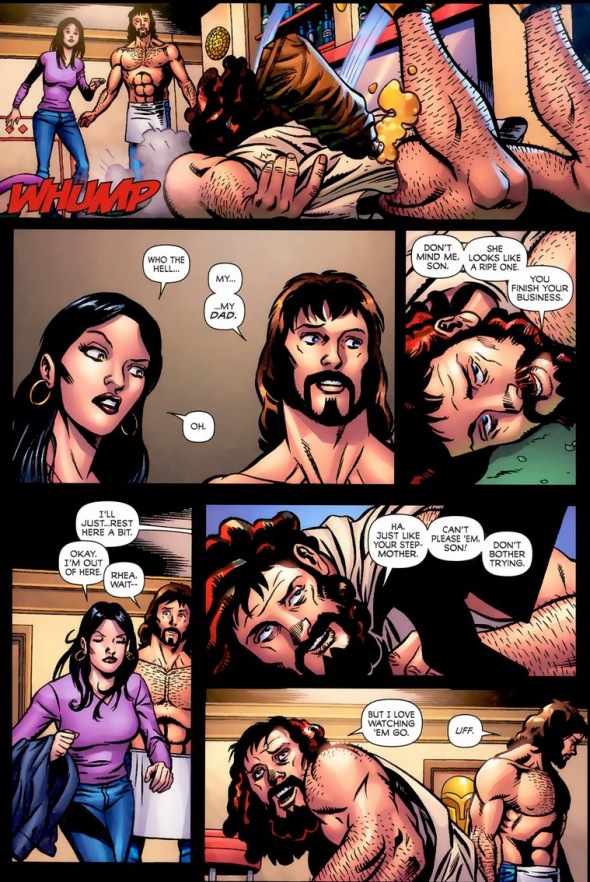 A perfect introduction to the Greek gods of the Marvel universe.  They’re lecherous, perverted, drunk, and full of all the gossip that turned your middle school mythology lesson into Gossip Girl.  Hercules, currently powerless and only with his magical weapons/crazy physique to protect himself, now has a problem to deal with that can’t be solved by reflecting back goblin grenades.

At this point in time, the Kingpin controls the Hand (the group used whenever writers want to use ninjas).  Y’know Kingpin?  The bald guy in the white suit who has the cajones to lead organized crime in a city patrolled by hundreds of superheroes.  But you know who also isn’t fond of ninjas nunchucking dudes in the face? 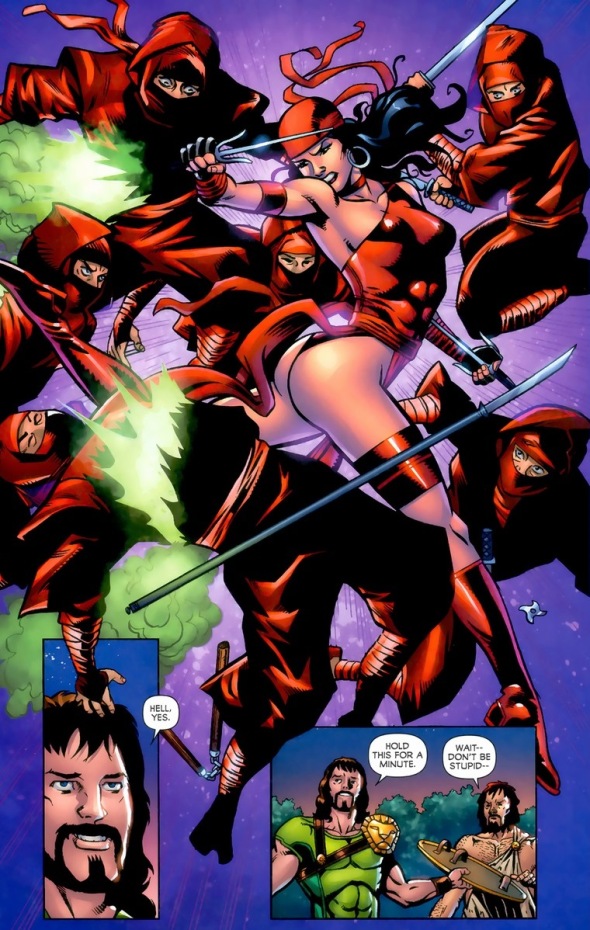 The overarching plot involves some magical artifact, but the story gets weird:

Who do you think would win in a fight between our two protagonists today?  Especially now that our former Greek god lost his superpowers.  Hercules has about three thousand years of combat training compared to Elektra’s thirty or so, but she’s way faster than him.  All that body hair slows him down. Well, my friends, I have the answer for you to this question that’s been keeping you up at night and monopolizing every conversation you’ve had for the past few months.  Here’s Hercules vs. Elektra:

Hercules wields some cool weapons.  The Sword of Peleus can cut through anything and the Shield of Perseus can block anything.  Plus, the shield’s eyes turn people to stone — Medusa and whatnot. 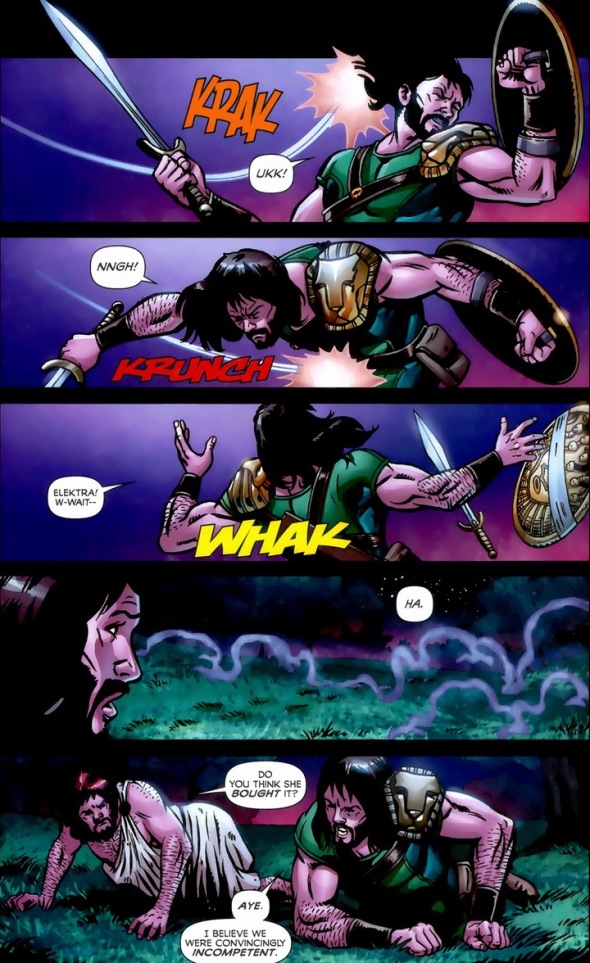