The origin of Electro

With Amazing Spider-Man 2 coming out soon, I figure that maybe a few of you would like to know more about the supervillan (and I hope my shameless pandering’ll increase hits), I have his updated origin story from Amazing Spider-Man #422, written by Tom DeFalco and drawn by Joe Bennett.  I’m aware that the movie’ll change his background.  We, as readers, should be fine with that.  Look, the best part of fictional characters is that they’re fictional — they can have hundreds of different interpretations simply because they’re not real.  We can’t give Nelson Mandela laser eyes in his biopic, but if Electro and the Human Torch become African-American in the movie version — seriously, who cares?  Fiction allows us to do that and it’s foolish if writers/artists/directors/actors don’t take advantage of that.  On that note, here’s Electro’s comic book version of his past: 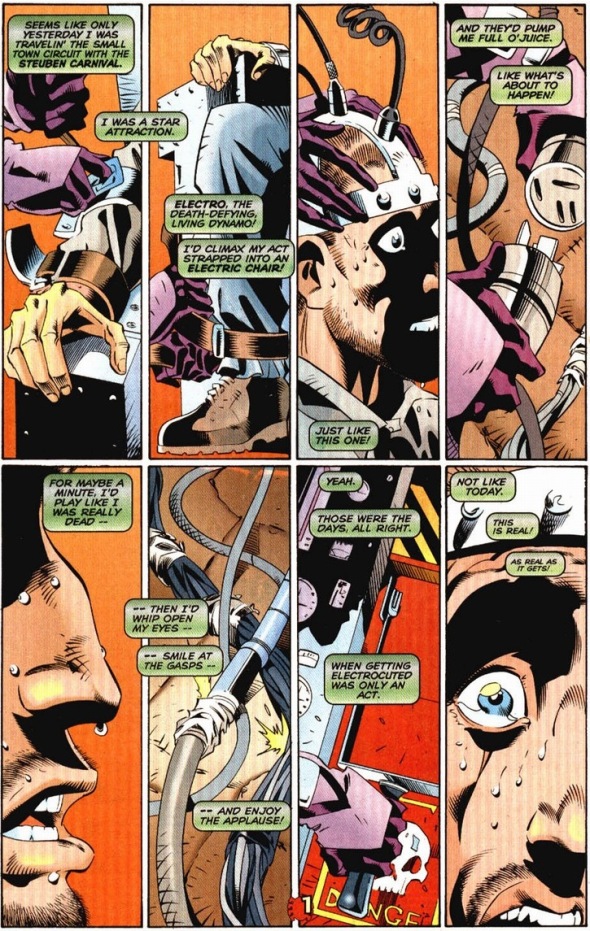 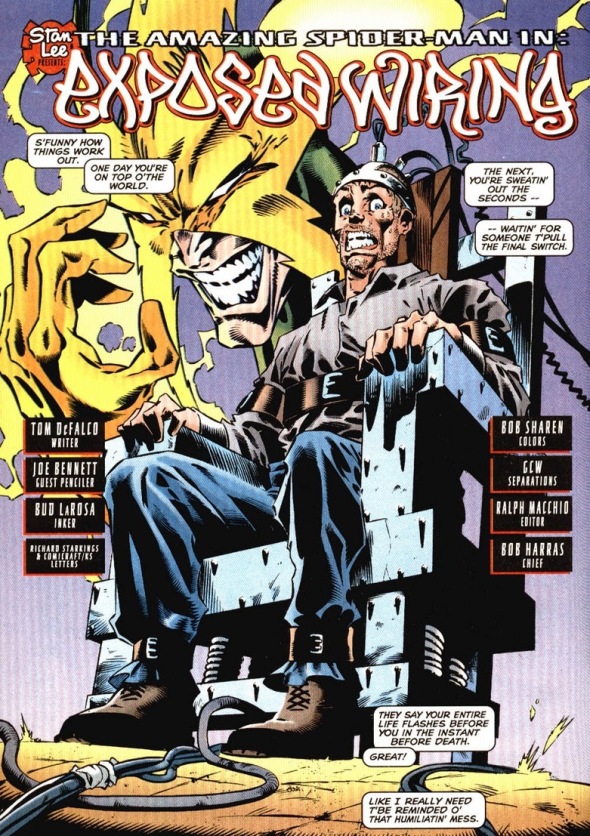 Back story may be necessary, but the issue doesn’t want to spoil the twist at the end.  If you don’t know Electro (real name Max Dillon), think of him as an evil Thor — except without the godhood, the hammer, the muscles, the good looks, the helmet, the royalty, the combat experience, the moral integrity, the Avengers, the likability, and the love interests.  I guess they only have the electricity thing in common.

Abusive fathers also factor into Sandman, Doctor Octopus, Norman Osborn, Hammerhead, Bullseye, Iron Monger, Sabretooth, and Red Skull’s childhoods.  And many others I’m sure I missed.  See what happens when kids have deadbeat dads?  They turn into supervillains.  Let that be a lesson to new parents out there.

Y’see?  Electro never stood a chance.  His parents ruined him from the second he popped out the womb.  While nowadays Electro’s main punishment comes in the form of superpowered punches, until his costumed debut most of the damage was done in emotional pain. 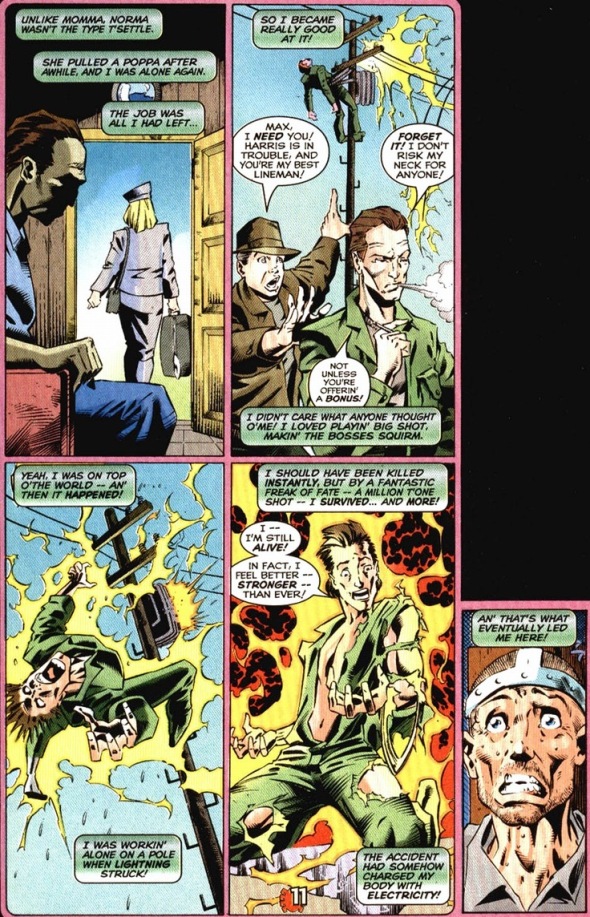 Back in the 1960s, we could all suspend our disbelief about chemical spills or gamma bombs or radioactive spiders or lightning strikes that could give people superpowers.  Because of how technology has progressed, we have trouble stomaching all that in the modern day — luckily most of these miracles have been described as simply that: “Daredevil’s splash with radioactive goo triggered his heightened senses that would have killed any other person under only a sliver of different chemical combinations!”  I’m cool with that.  The Avengers also fight with the Norse god of thunder, so my explanation standards tend to be low to begin with. 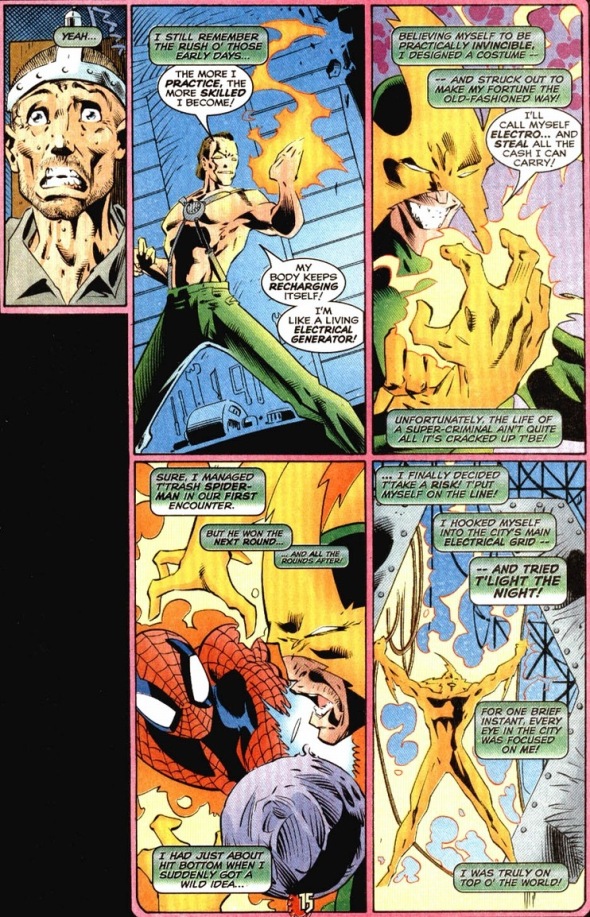 Over this week, you’ll be seeing a new Electro.  A supervillain worthy of his wildly powerful ability. Thanks to a pair of supervillains, one of whom’s power seems to involve fancy dialogue lettering, Electro gets his spark back.  And poor Spider-Man’s going to roast. 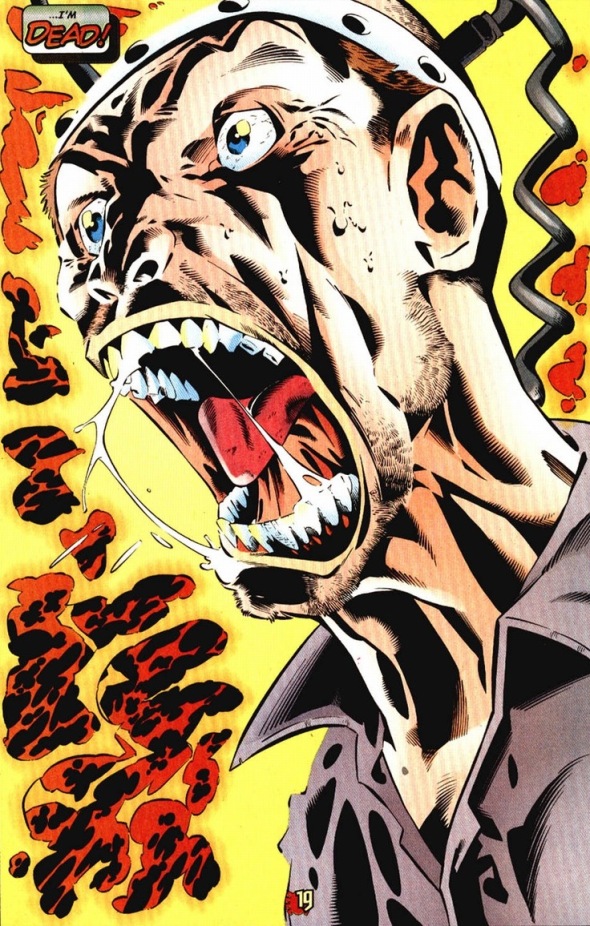 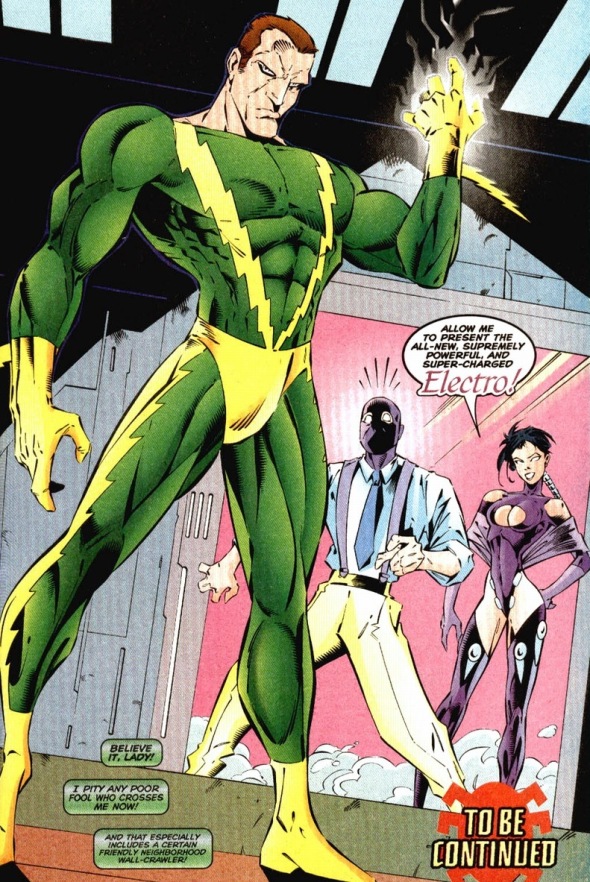 9 Comments on “The origin of Electro”