← Batman and Silver St. Cloud fall in love
The origin of Deadshot →

The return of Deadshot

Well, the return from his first appearance in 1950.  No more fancy gentleman attire.  We’ll get that normal firetruck-android outfit he normally puts on.  Though as we explore Deadshot’s second comic book appearance in Detective Comics #474, written by Steve Englehart and drawn by Marshall Rogers, the main focus should be on Bruce Wayne’s girlfriend, Silver St. Cloud.

She has a great comic book name.  Also, she has the honor of being the first woman to ever be shown “bedding” Bruce Wayne.  I looked up the scene in question and it’s both of them fully clothed in a hospital while Dick Grayson makes a pervy sound effect closing the door.  That’s it.  It’s no Catwoman #1.  But this issue we’re reading today has more than just melodrama mixed with supervillainy — at the end of the issue we get a revelation that changes Wayne and St. Cloud’s relationship forever.  See?  I’m getting better at building up suspense. 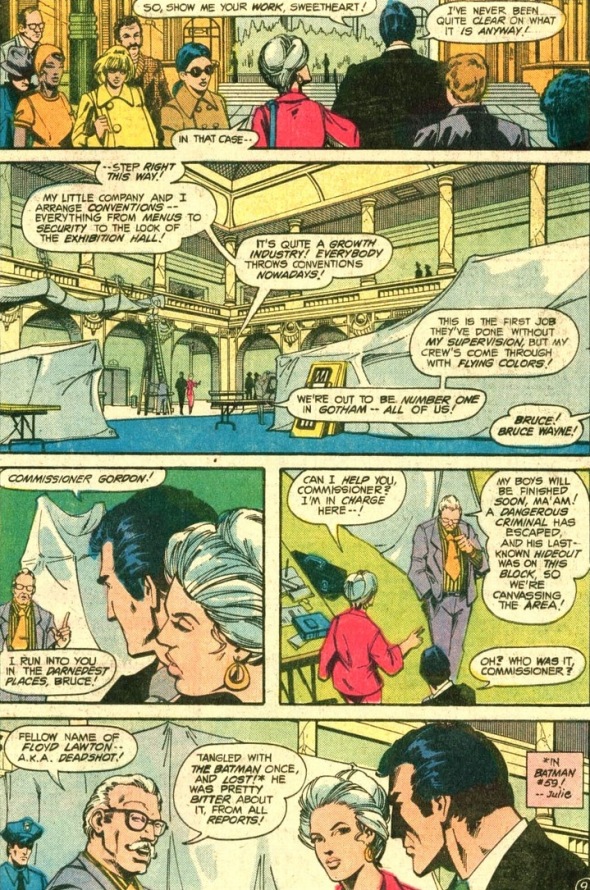 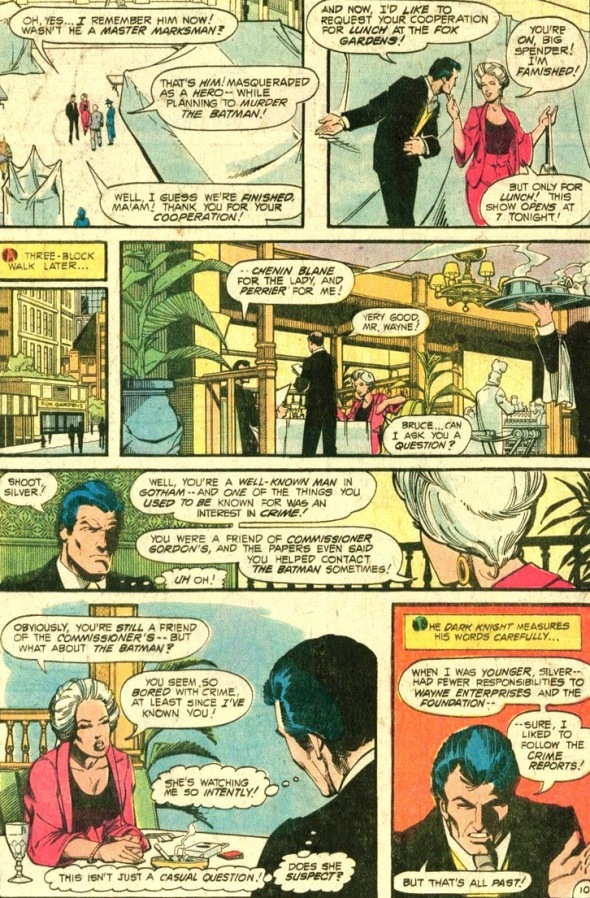 A single word bubble summarizes the entirety of last time’s article.  Also, Commissioner Gordon’s no longer that suave ginger police dreamboat he used to be.  And while Batman’s talents sculpt him as the most useful person in the world, his excuses fold quickly under an educated, smart woman.  Let that be a lesson to all vigilantes — Batman could never win if Catwoman fought him with logic instead of claws.  If you forgot the previous word bubble describing what happened in Batman #59 from a six panels before, you’re reminded again here: 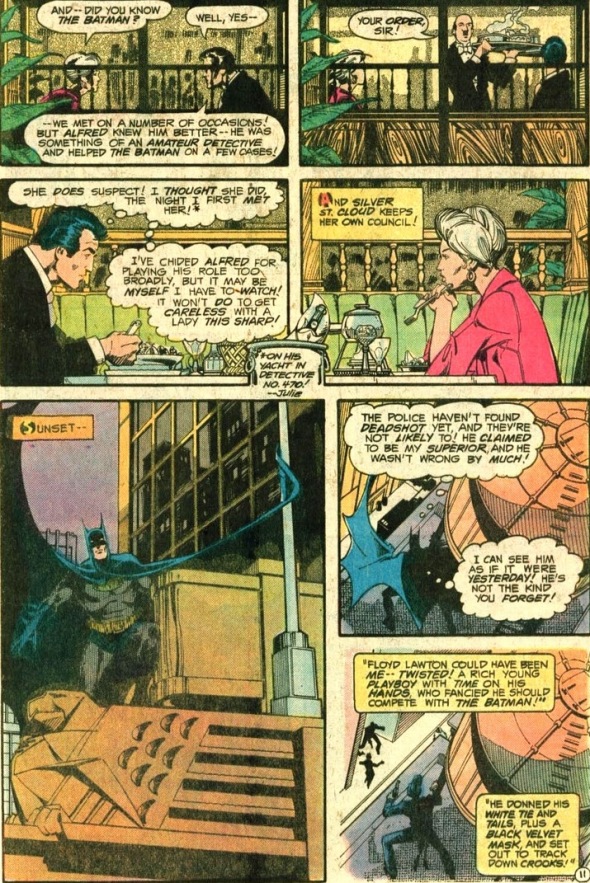 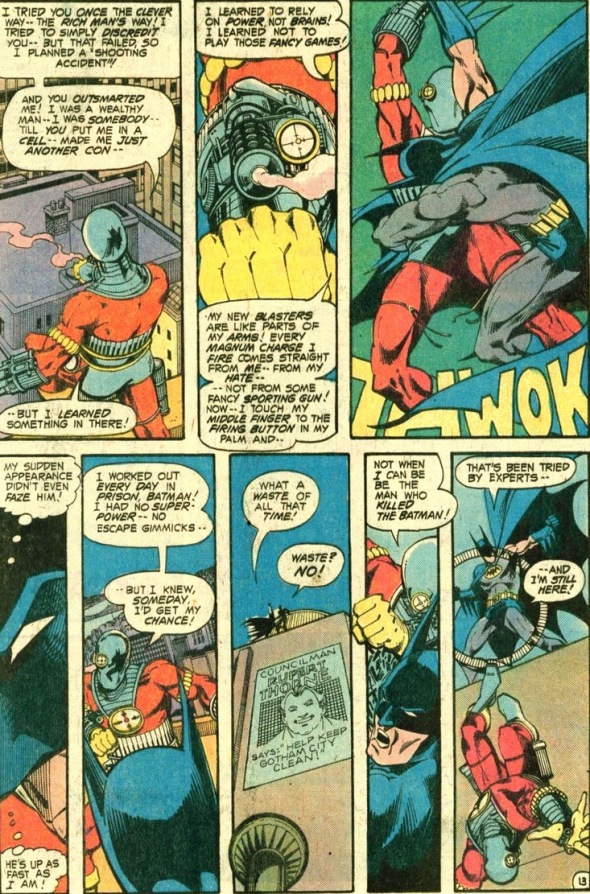 This Deadshot’s a bit wordier and more emotional than the current Deadshot.  His beef with Batman has long since faded and replaced with extreme self-loathing and a sort of narcissistic apathy for the events happening around him.  But not here.  This Deadshot spent 27 real years (and maybe a decade of DC universe time?) behind bars waiting for his moment to dress like a sexy clock and shoot the Caped Crusader.  And he misses.  Luckily, the fight continues with more silly proclamations and a fight upon a giant typewriter.

Silver St. Cloud deduced Batman’s true identity through jawline alone!  Before we jump to a few modern Deadshot stories, we’re going to continue this St. Cloud girlfriend stuff.  Batman gave up emotions like love and happiness a long time ago, but next time we’ll watch St. Cloud scour through the remains of Wayne’s feelings to rip them apart in front of him.  It’s great.  Batman almost cries.