A brief moment with Black Widow

One of the biggest complaints I hear about The Avengers movie is how Black Widow’s fairly useless compared to the rest of the team.  And sure, during a full-scale alien invasion, she can’t compete with an actual god of thunder, but Black Widow (real name either Natalia Romanova or Natasha Romanoff) fulfills a very important role for the team.  For missions that require more finesse and less punching, a giant green monster and mechanical suit of armor aren’t going to be able to crawl through ducts.

Natalia has a fascinating back story.  She was brainwashed/trained from birth as a Russian super spy using injections and potions, becoming a Soviet James Bond with more flexibility and cleavage. Eventually, she defects to the good ol’ USA.  But if you want to talk about a character who’s past catches up often and badly, she’s your superhero to read about.  Also, Black Widow’s history has her assassinating as early as the 1950s, making her your grandmother’s age.

Though it takes a while for Marvel to transform Black Widow into Scarlett Johansson.  Quite a while. She first appears in Tales of Suspense #52 back in 1963, written by Stan Lee & N. Korok and drawn by Don Heck. 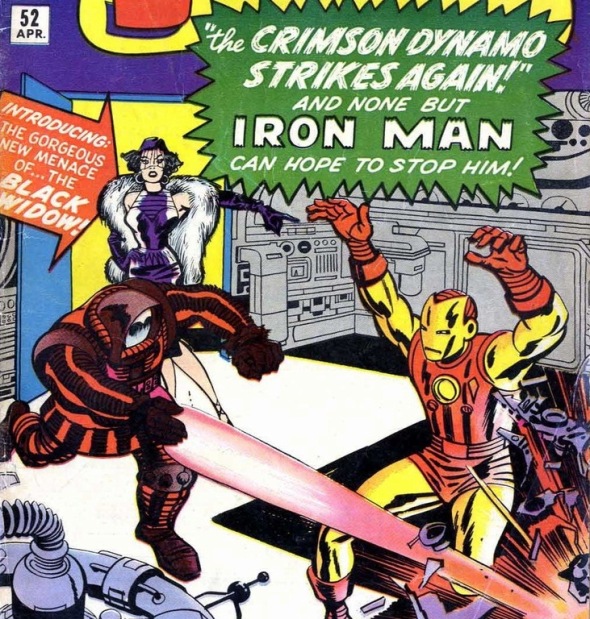 I don’t know why she’s dressed like an extra from The Great Gatsby.

Even when she started wearing that cool spy outfit and letting the red hair flow, the character we know her as today hadn’t fully formed yet:

That’s from Avengers #111, written by Steve Englehart and drawn by Don Heck.  Look, you can’t blame her for having a crush on Daredevil (half the Marvel universe wants in that maroon jumpsuit), but always remember: Black Widow first joined the Avengers to spite Daredevil spurning her advances.  I’m exaggerating for narrative effect, please don’t judge me.

Today, we’re taking a look at the Fear Itself: The Black Widow one-shot, written by Cullen Bunn and drawn by Peter Nguyen.  A large group of Asgardian hammer monsters is currently wrecking havoc on the world, but Captain America has other plans for his best infiltrator.

I should give you some quick back story.  First, French terrorists stole some nuclear bombs.  The baddies in this church know where the bombs are being stored.  More importantly though, Bucky Barnes, Natalia’s boyfriend, has just been killed by Red Skull.  Like an issue before this.

I know Black Widow has no powers.  But neither does Batman.  The non-powered good guys get placed in an interesting story dilemma, where their intelligence and planning plays more into success than the strength of their kicks.  And in the Marvel universe, Black Widow’s the best — I mean, they put her in the movie and everything. 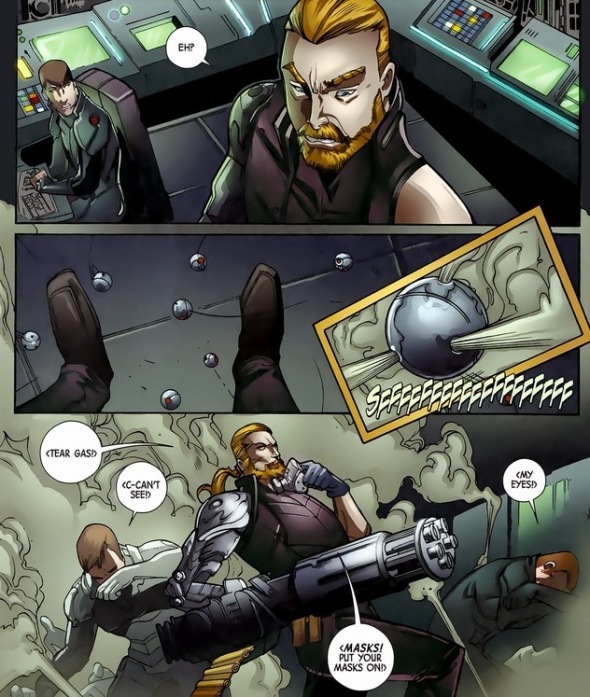 In the middle of battle, she makes a joke that hits deeper than any of Spider-Man’s quips ever can. Masculinity insults by attractive women forever sting.  That and a bullet through his chin.  Natalia’s more like Wolverine than Captain America.

Fortunately, the bad guys give up the location of the nukes.  Unfortunately, she makes the mistake of wearing a skin-tight leather suit as her only form of protection. 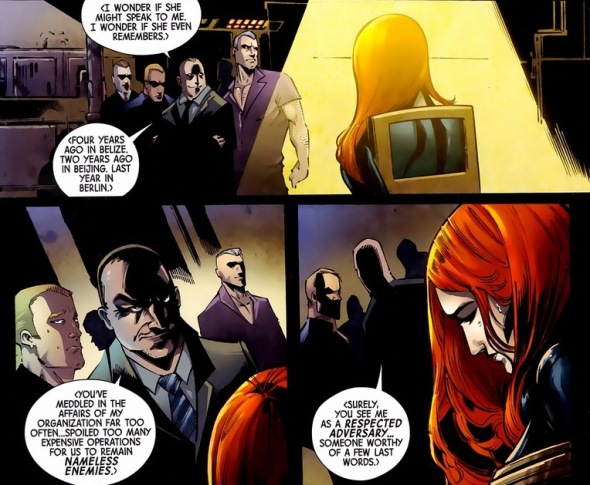 Remember this scene from beginning of the film?  She’s tied up in a chair while the bad guys think they’re interrogating her.  Then she beats them all up and the audience laughs.  This isn’t that scene.

We know Black Widow’s not dead.  Sure, she was just shot in the head, but now we get to play the game of seeing how the writer had his characters cheat certain death.  Metal plate in the noggin? Gun missed brain by millimeters?  Rubber bullets? 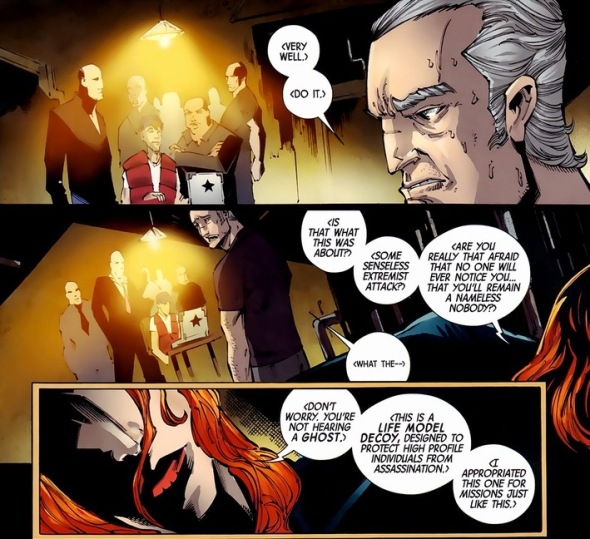 LMD’s a good choice.  Nick Fury uses them so often that characters have to question who they’re speaking to usually within a panel or two of his entrance.  Think of LMDs as remote-controlled, perfect copies of people.  Only detectable after being sliced open or shot in the head of whatever.  An old plot trick definitely, but not with this twist: 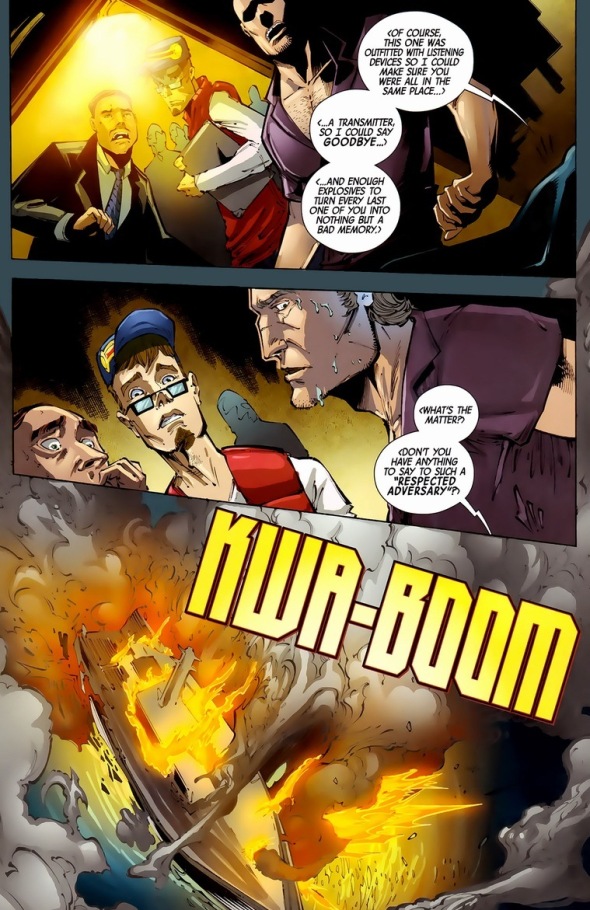 And the world’s safe once more.  Though let’s not tell the other Avengers about this.

4 Comments on “A brief moment with Black Widow”