The third movie comes out today and we should all go see it and love it and go see it again!  To blatantly try to increase my view count by cashing in on the movie’s release, I figure we should enjoy an Iron Man adventure today.  Instead of a lengthy beginning where I get readers caught up or explain origins, let’s just jump right into it.  Like movies start with explosions before getting into exposition.

We delve into Iron Man #86-89, volume 3, written by Mark Ricketts and drawn by Tony Harris & Scott Kolins.  We start right after Tony Stark lost his mind and screamed at ambassadors during a United Nations speech.  Check out a previous article for that whole debacle.

Meet Rumiko Fujikawa, Stark’s on-and-off love interest for the past eighty issues or so.  They’re currently off, but after the public meltdown, Rumiko figures she might be useful in curing the rainbow of Iron Man’s emotional explosions.  But first, we cut to Stark Industries headquarters.  More problems arise than just stock prices: 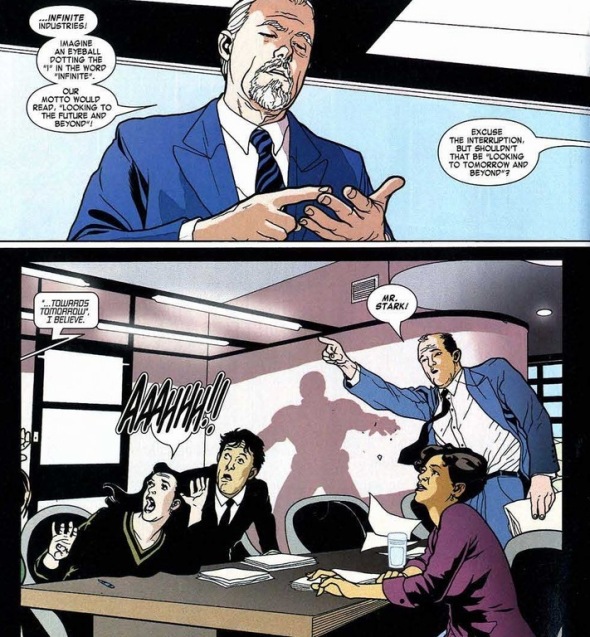 Never a good sign when a superhero murders his own employees.  At minimum, that’s piles and piles of paperwork to fill out.  But let’s be fair — that’s obviously not Stark.  With incidents popping up everywhere, Stark’s life goes quickly down the drain.  You know that adage of “the bigger they are, the harder they fall?”  Well, considering Stark’s billion dollar company, his position as Secretary of Defense, his career as an Avenger, and dozens of personal relationships — the man has quite a fall ahead of him.  Everything sort of stems from no secret identity and a multitude of enemies.  More on that in part two.

While Stark has the capacity of romance not unlike many small children, all signs point to his genuine love of dear Rumiko.  Though they did treat each other terribly, with Stark’s neglect and Rumiko’s infidelity leading the pack of complaints.  Maybe that kind of dysfunction’s necessary for their chaotic lives, but the relationship still remained very much real. 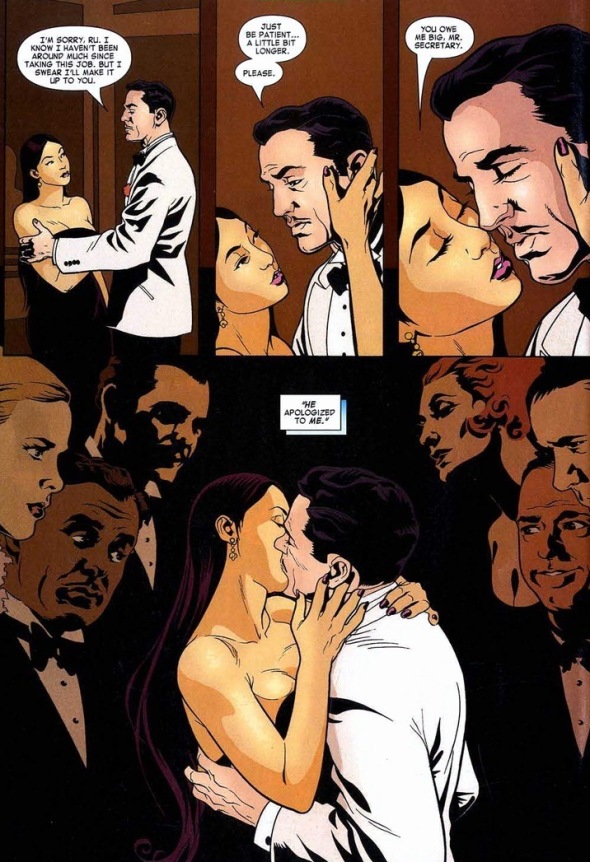 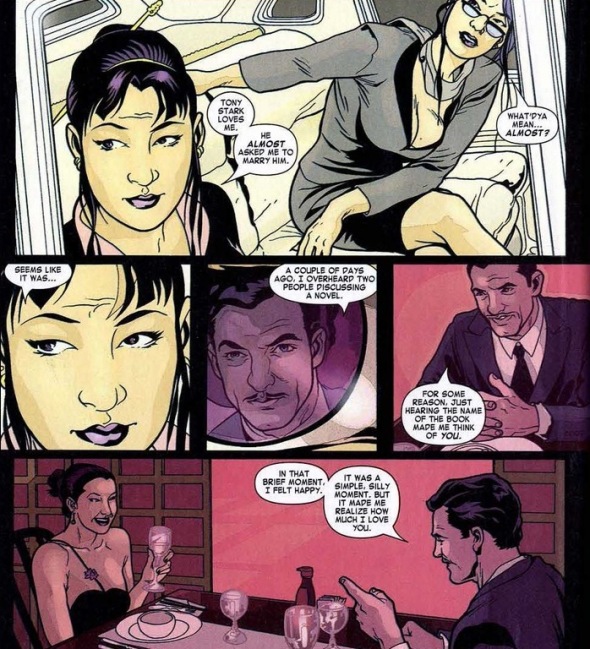 Wonderful, right?  Despite their major faults, the two of them possess a real chance at happiness in the comic book world, which rarely allows its characters to experience long-lasting joy.  So of course, this happens: 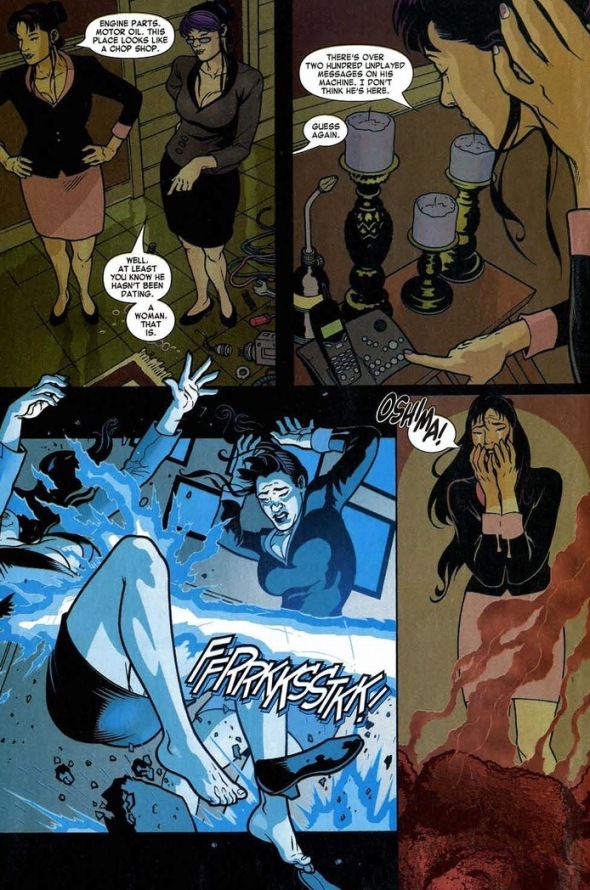 With Rumiko’s death, Stark now has to battle his impostor both overcome with grief and in his underwear.  It goes as you expect.

Luckily, Stark’s in fantastic shape — at least enough to survive a two story fall.  In the current Iron Man series, he just fought in an alien gladiator tournament without any of his armor.  He did well, if just because the guy still has over a decade of combat experience and training.  No doubt that Stark could hold his own against even seasoned villains without actually being Iron Man, but he’s outclassed when battling himself.  Or at least, his technology.  Time to even the playing field. 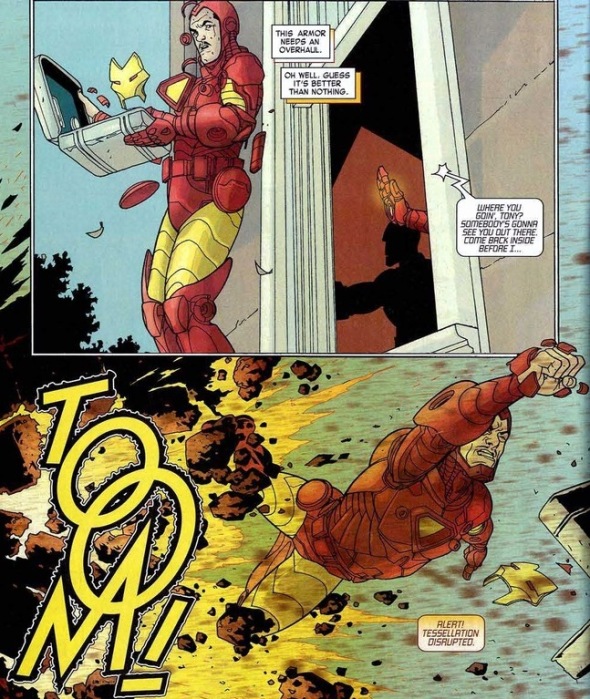 Next time, we’ll have that exciting Iron Man vs. Iron Man fight you’re totally expecting.  Plus some cool plot twists and revelations.  Here, I’ll throw you one of them right now:

Now go see Iron Man 3, because nothing makes for a better movie than robots and superheroes.