Or at least strongly like — let’s not put a label on things.  Peter Parker certainly doesn’t.  While Peter’s a good-looking, fit, caring, and hilarious man, he also comes with major emotional issues from the whole blame-himself-for-everything tantrum that he does whenever anything goes wrong.  Usually every other issue or so.  But in Amazing Spider-Man #647, written by Fred Van Lente and drawn by Max Fiumara, dear Spider-Man gets that moment (though brief) of happiness he so badly deserves. I’m excited too.

Carlie Cooper, introduced a hundred issues previously, serves the New York City Police Department as a forensic scientist.  She and Peter crush on each other and go on a few dates.  Keep in mind, this is the first girl he has dated since his marriage dissolved with Mary Jane.  I mean, he went out with Black Cat a few times, but romance won’t bloom when the evening’s spent clawing terrorists. 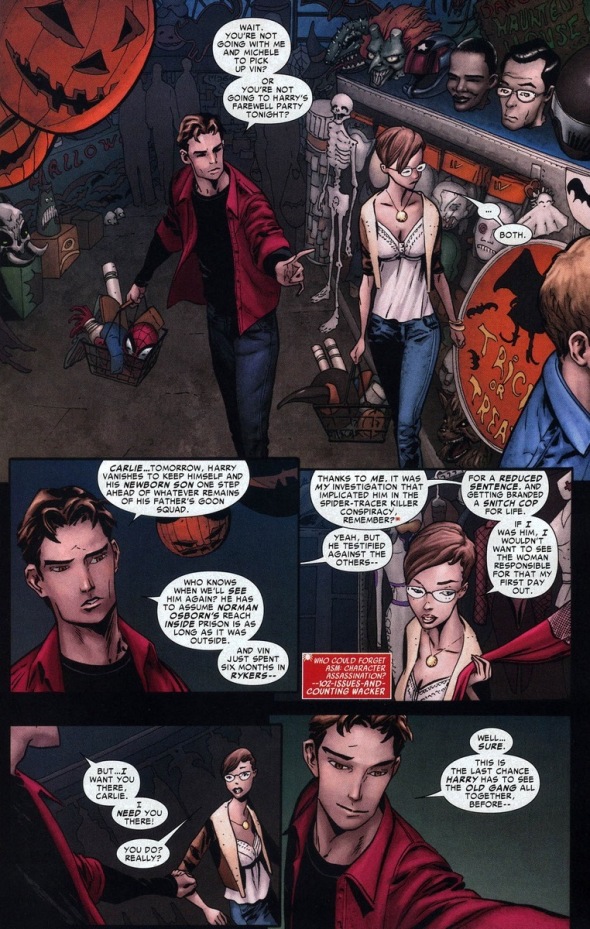 Look, love takes a long time.  Especially for Peter, who’s notoriously bad at women despite having previously married a supermodel.  And while I would like to break down his romantic faults, Mary Jane does it far better than I would in six pages from now.  But to be fair, very few superheroes can maintain a healthy relationship — and not just because they’re constantly shot at by aliens and lasers.  Y’see, writers understand characterization.  And unfortunately, the most interesting characters also tend to be the most flawed.  Simply, superheroes suck at relationships — whether that be status quo reasons or deep personality faults.  Except Superman, because he’s perfect. 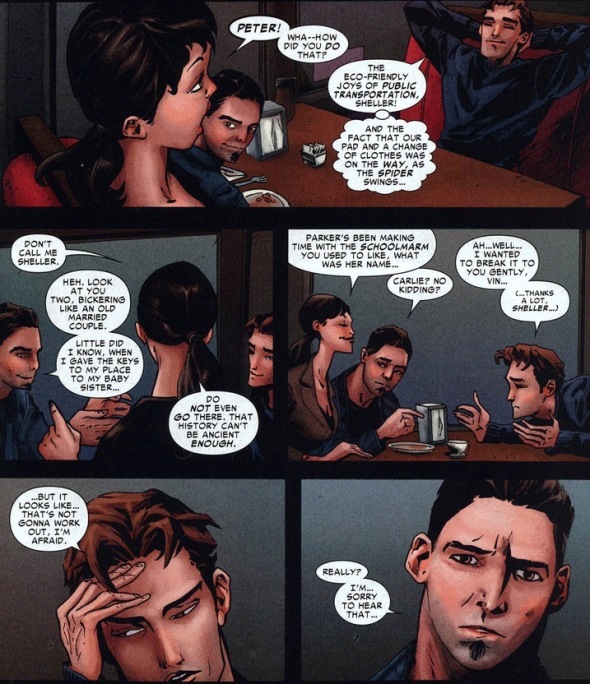 I enjoy the choices of costumes at the party.  Especially Betty Brant’s obscure Jewel outfit. 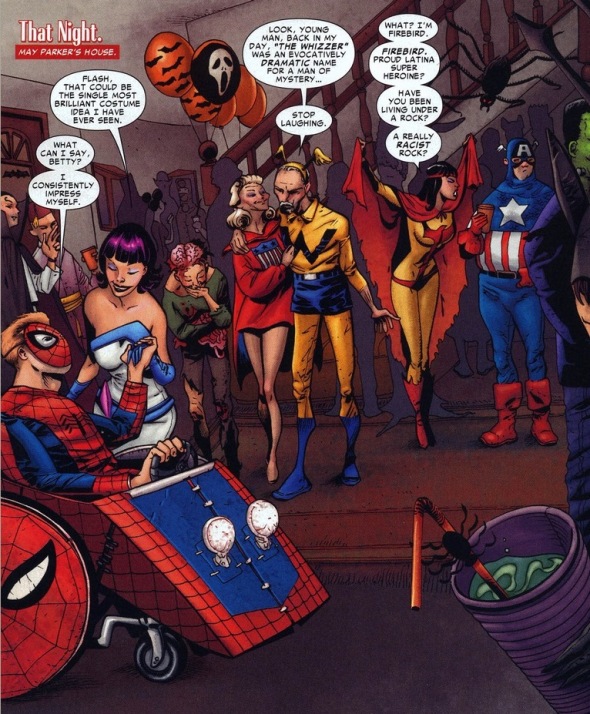 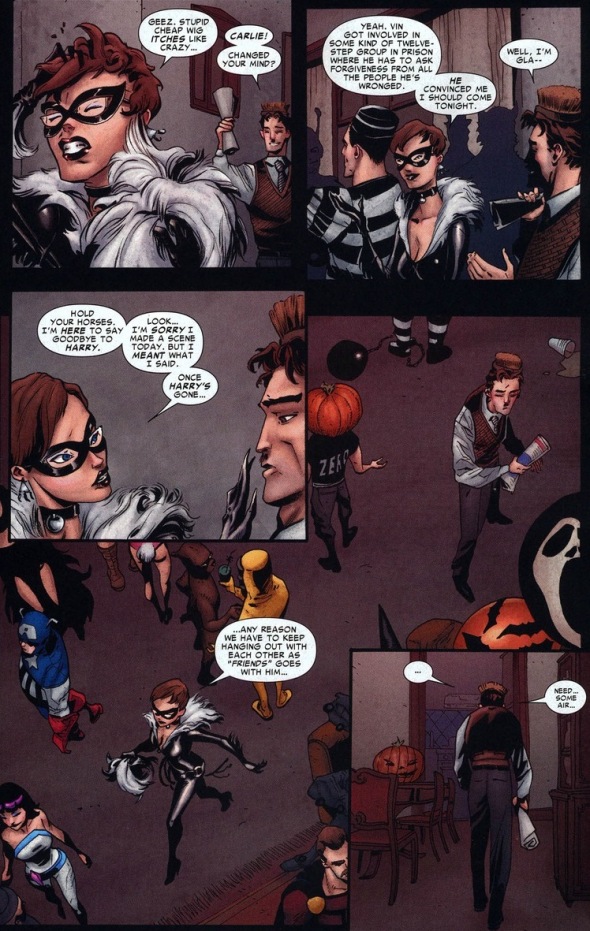 Peter getting shut down by Carlie hurts way more than Rhino’s uppercut or Shocker’s gauntlets.  His body has been forged into a powerful concrete wall able to withstand the force of any evildoer’s blows, but his emotions still remain that cracked glass window with a small tap shattering his fragile, unstable heart.  More importantly, Peter dressed up as J. Jonah Jameson.

Spider-Man does eventually ruin Peter and Carlie’s relationship.  Just like it ruined Peter and Gwen’s as well as Peter and Mary Jane’s.  Sadly, Spider-Man has to sacrifice for that great power he holds dearly.  Great responsibility or something like that.  But with a job like Spider-Man’s, which involves mainly dodging pumpkin grenades and punching sand monsters, a cheerful personal life can definitely offset the downsides of the superhero gig.  Plus, readers want their favorite characters to be happy — and today, despite it being only momentary, Peter embraces that rare joy.  Thank goodness.