The redemption of Plastic Man

During one of their missions, the Justice League goes back in time 3,000 years.  During the battle, the antagonist shatters Plastic Man and the Justice League are forced to leave him at the bottom of the ocean when they return to the present.  But luckily because of Plastic Man’s physiology (and being a fictional character), our hero survived.  And by survived I mean the Justice League pieced him back together after he had been awake and conscious for the entire three millennia he sat scattered on the sea floor.  It allowed him to do some thinking.  A lot of thinking.

He retires.  But superhero retirement either means a dozen issues off page or death (which is then two dozen issues off page).  He gets the former.  Y’see, something bad happened to Martian Manhunter. He overcame his fear to fire and became an evil demon spawn.  Only one man can save the Justice League now. 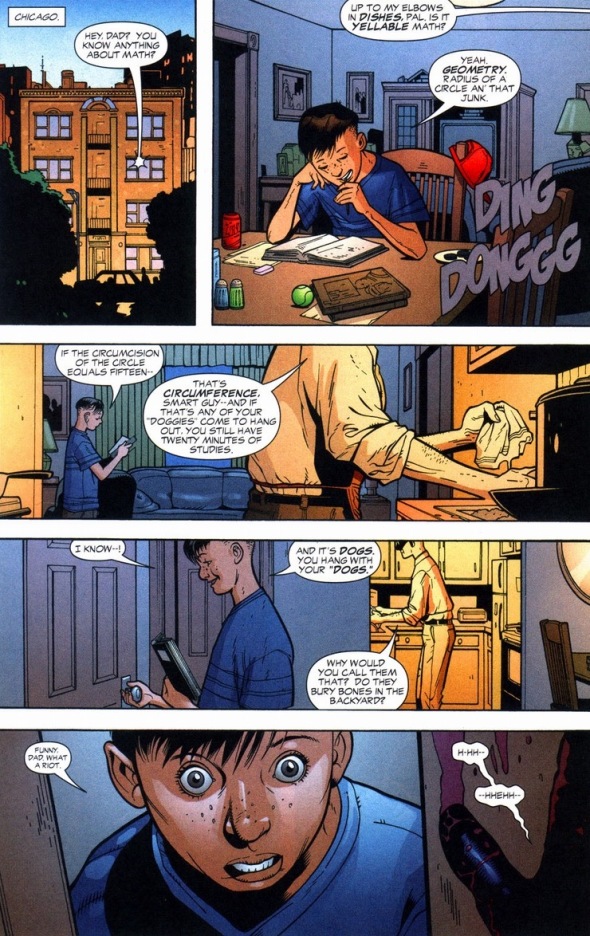 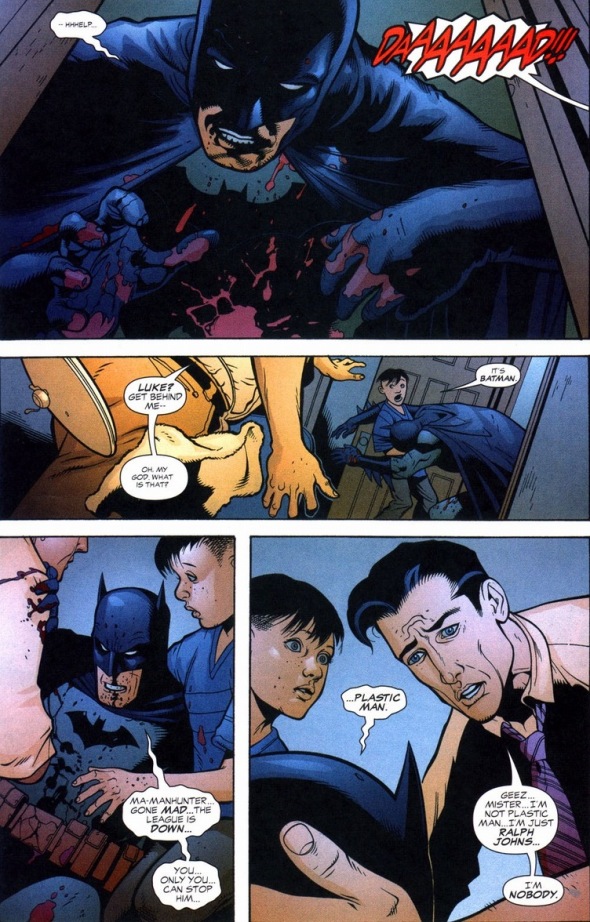 The reason Plastic Man becomes the world’s last hope doesn’t get revealed for another two issues, but I’m going to spoil it now.  Y’see, with a rubber brain, Martian Manhunter’s telepathy can’t affect him.  The same telepathy that allows a being with Superman-esque powers to read and counter actions before his opponents even attack.  But you also just saw the big problem for poor wounded Batman: Plastic Man is no more.  Seriously, he doesn’t exist anymore. 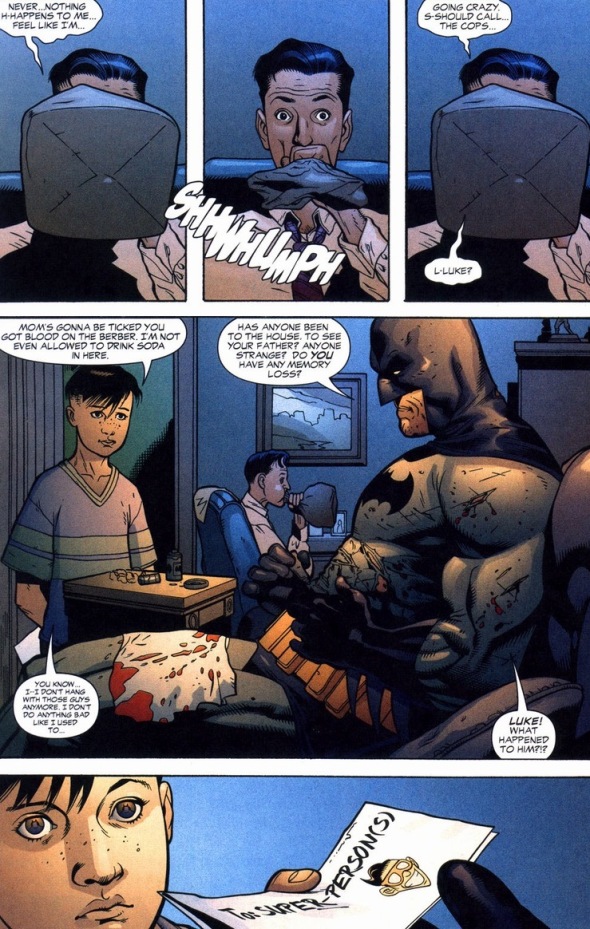 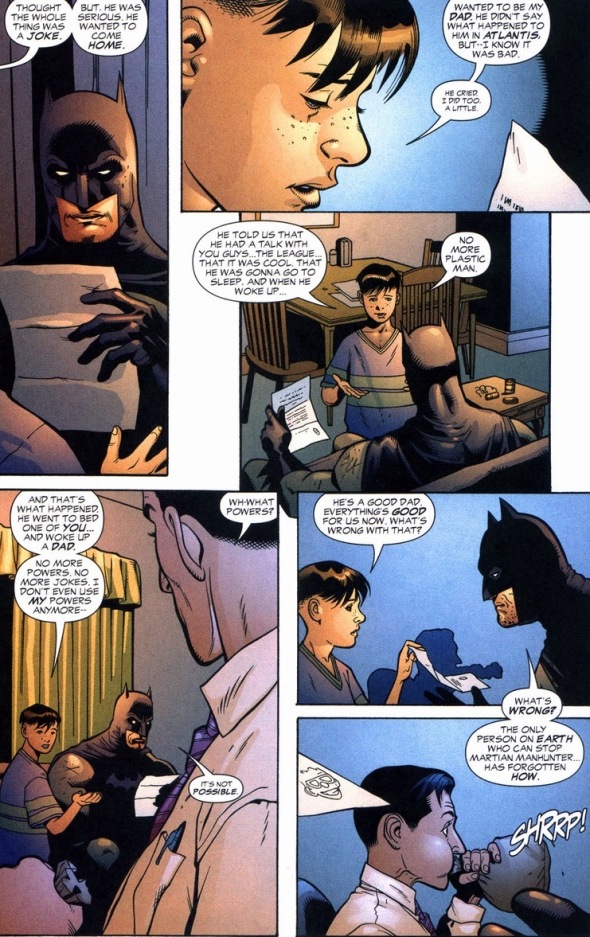 I know we love alternative stories where Superman-type beings go crazy and kill everyone (Irredeemable, for example), but I think we forget just how much scarier it is when Martian Manhunter gets knocked off his rocker.  Combine Superman with Kitty Pryde, the Human Torch, Mystique, and Emma Frost.  You can imagine why the Justice League keeps losing to this guy.  Though on the plus side, evil Martian Manhunter has become quite eloquent when making his villainous speeches. 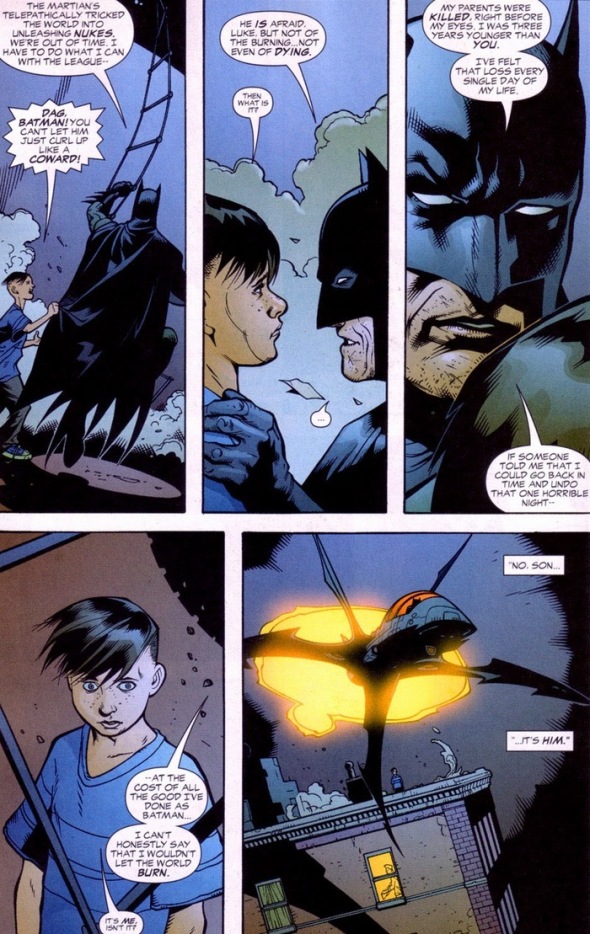 Batman lays out a truth bomb far stronger than any jump kicks or uppercuts.  We all love superheroes gathering up the courage they believed they lost to defeat a foe far stronger and more powerful than them.  Hell, Spider-Man does that every other issue (well, Peter Parker anyway).  So it’s time for young Luke to get his dad back into fighting shape — y’know, to save the world from blowing up.

With that, the world can rest easy.  I adore the character flaw in Plastic Man believing he can’t be both a family man and superhero (unlike Batman who just puts all his kids into tights — two birds, one stone).  But y’know, people can change for the better.  Let Plastic Man be your inspiration.  He’s awesome: 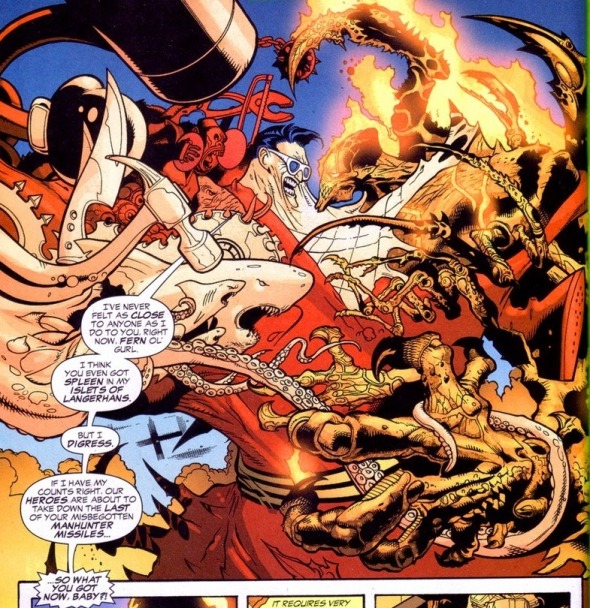 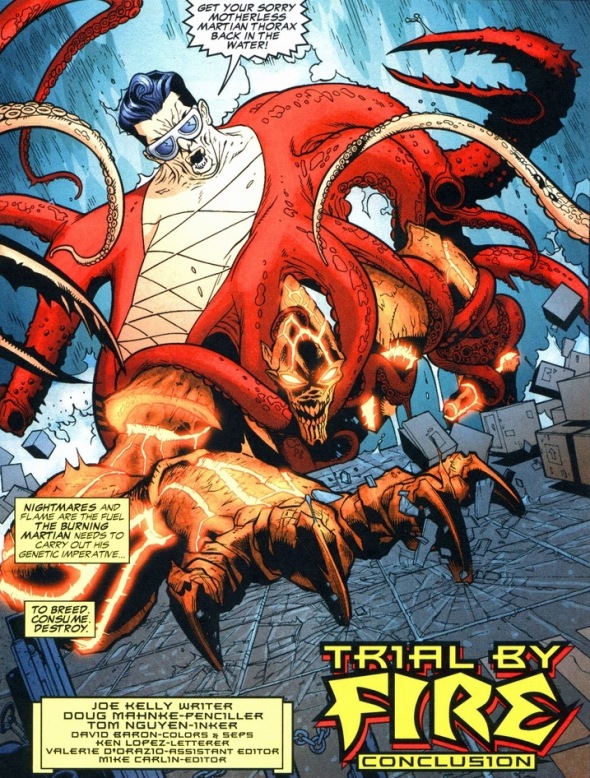 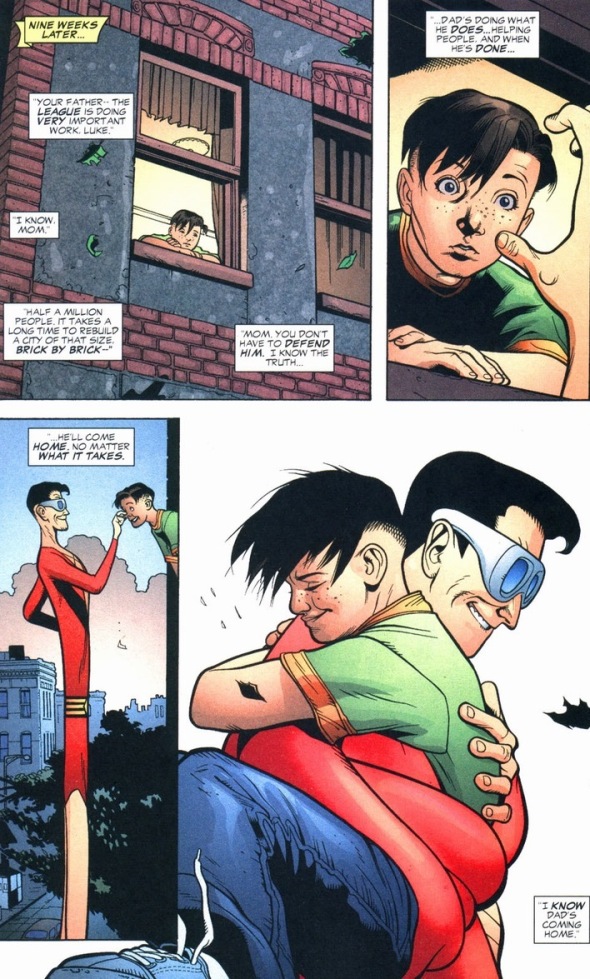 Our story sort of ends here.  Y’see, his son does become the superhero Offspring.  We never see the transformation (and goodness knows I looked), but one day he shows up in about ten or twelve issues in a span of a five or six years as Offspring.  He has maybe twenty lines total in all his canonical appearances.  The only standalone tale involving Plastic Man and Offspring lies in Waid’s Elseworlds tale of an alternative Earth: 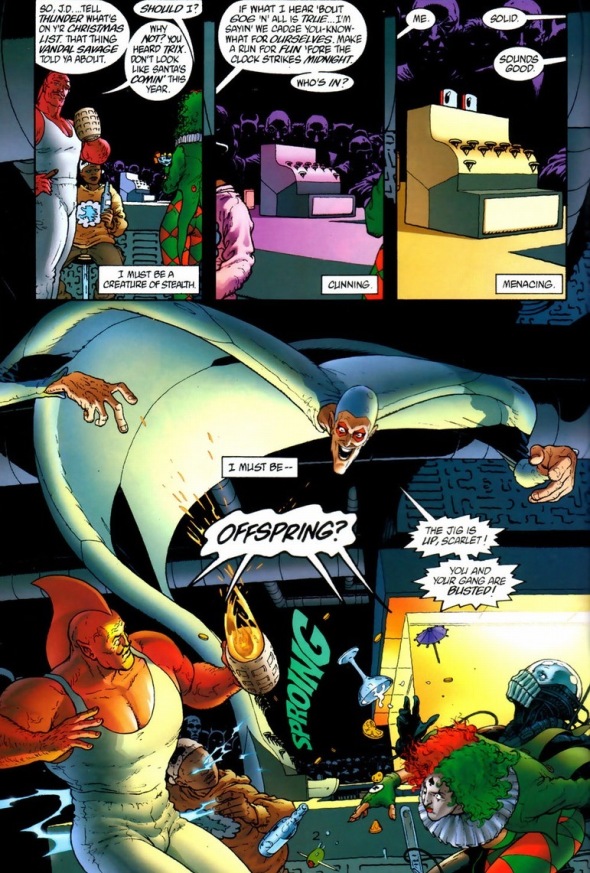 See?  Exactly like his father.  So let’s end 2013 with my favorite type of ending: happy.

2 Comments on “The redemption of Plastic Man”