It’s a normal California evening for dear Pixie — a well-deserved night of fun for our teenage X-Man.

Yeah, welcome to the world of mutants.  As the X-Men symbolize minority discrimination in comic books, we can all probably relate to their struggle for acceptance on some level.  And while we don’t have the ability to lift buildings or summon lightning storms, we can certainly take solace that those who get attacked for being different have the ability to retaliate.  And by retaliate I mean destroy the hopes, dreams, and definitely internal organs of anyone who dares target them.  So yes, these bigots took down a young girl in a surprise attack, but they know she has teammates, right?  Big scary teammates with superpowers and grudges.  Meet the new breed of X-Men in Uncanny X-Men #501-503, written by Matt Fraction & Ed Brubaker and drawn by Greg Land.

Y’see, while angry humans beating up child mutants certainly exists in the Marvel world, they usually don’t have the equipment or organization that these angry humans do.  Turns out bigotry goes hand-in-hand with self-loathing:

The glowing eyes dude is named Empath (real name Manuel de la Rocha).  He premiered originally as one of former supervillain Emma Frost’s Hellions — students trained at the Hellfire Club — with his mutant power being able to manipulate the emotions of others.  But despite the X-Men unaware of this secret base, it won’t be hidden for long.  You’ll notice that the X-Men’s interrogation tactics have evolved since the 1960s. 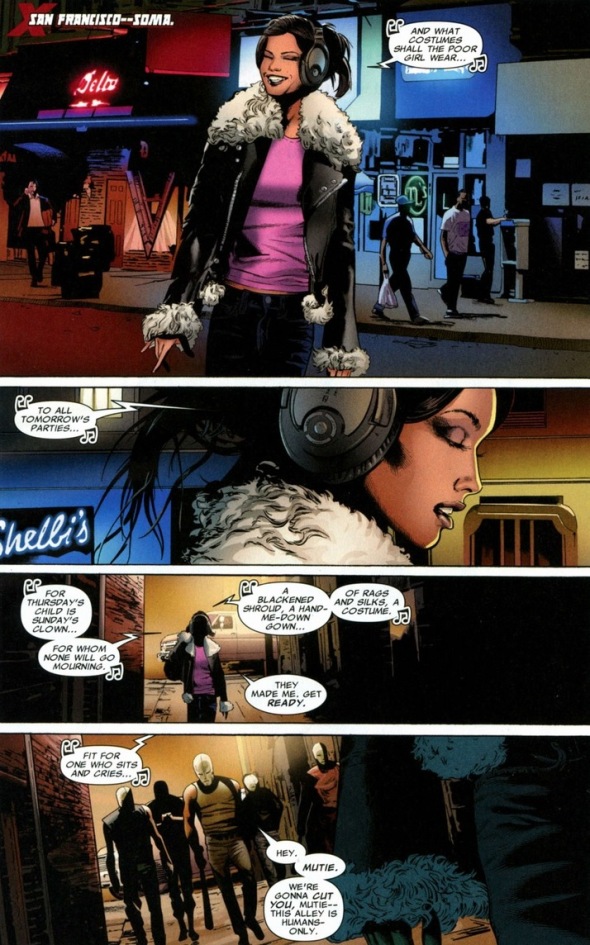 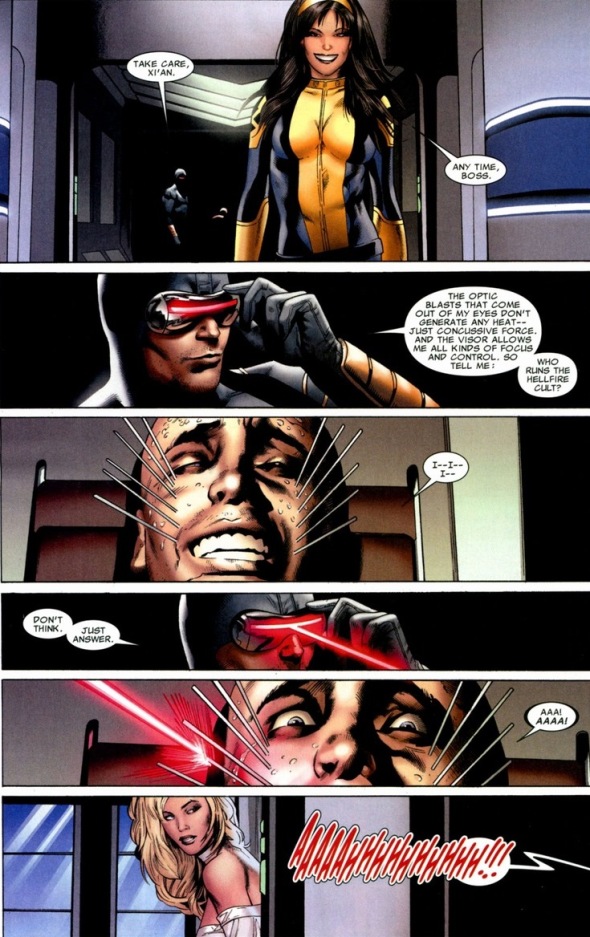 Spoiler alert: he tells them everything.  While the X-Men have only recently moved to San Francisco, adding to the badly needed superhero population in the West Coast (before currently only Moon Knight, the schizophrenic with no superpowers), it’s important to make sure the city knows that attacks will no longer be permitted.  Not on innocents and definitely not on them.  Y’know, because they have people who can do this: 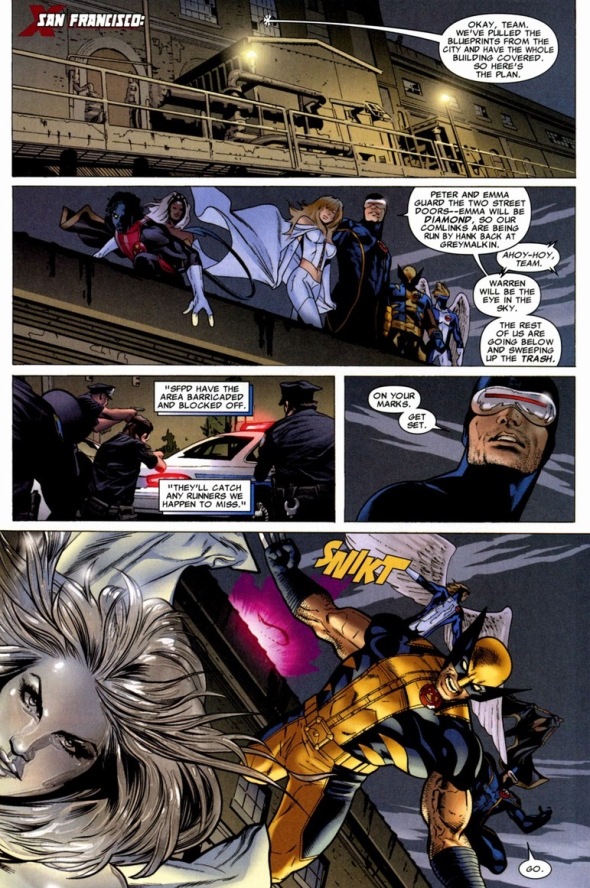 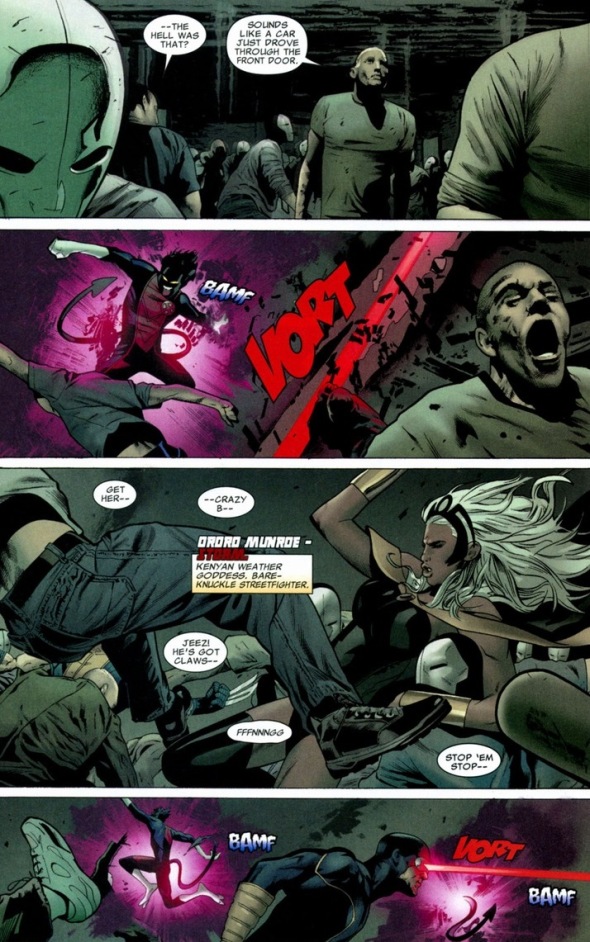 This’ll be abrupt, but I have twenty eight pictures to show you and I’ve learned over the past year and a half that readers don’t really want to read through over two dozen images (I know I don’t, and those usually don’t even include paragraphs of text).  So we’ll stop here and I’ll continue tomorrow.  Heads up: motorcycle chase.